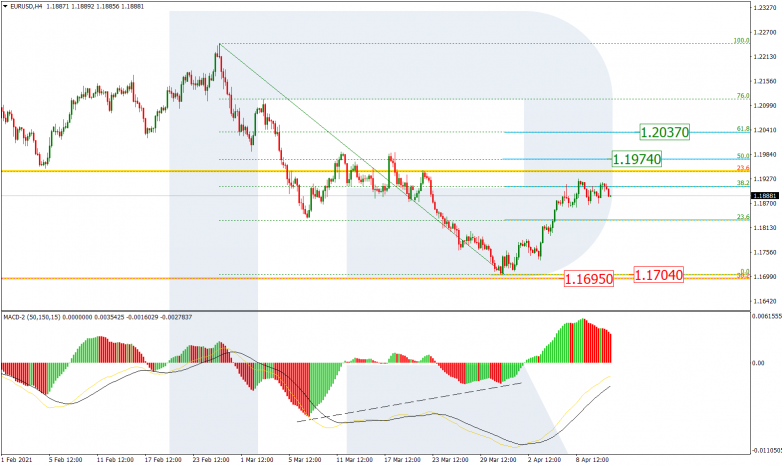 In the H1 chart, the pair is consolidating and correcting downwards. It has already tested 23.6% fibo twice but a divergence on MACD may indicate that the short-term correctional decline may yet continue. The next downside targets may be 38.2% and 50.0% fibo at 1.1842 and 1.1815 respectively. A breakout of the local high at 1.1927 will result in a further ascending correction. 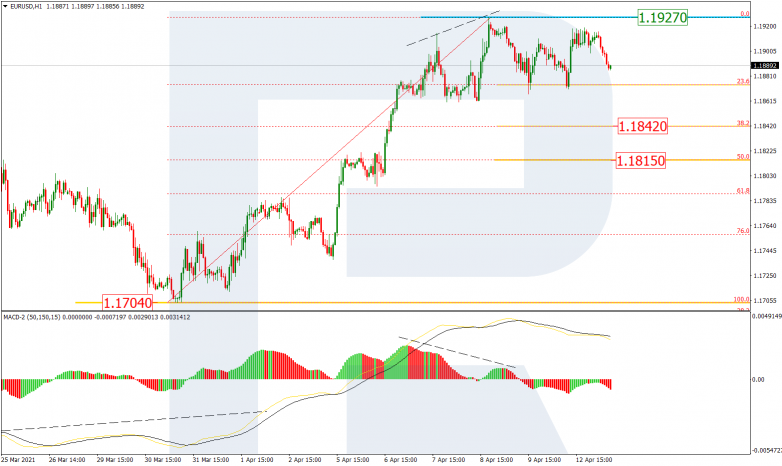 As we can see in the H4 chart, the correctional descending wave has tested 23.6% fibo after a divergence on MACD, which resulted in a rebound. Such a rebound may lead to a new rising wave towards the high at 110.97, a breakout of which may result in a further uptrend to reach the long-term fractal high at 111.71. However, if the asset fails to break the high, the market may start a new decline towards 38.2% and 50.0% fibo at 107.77 and 106.78 respectively. 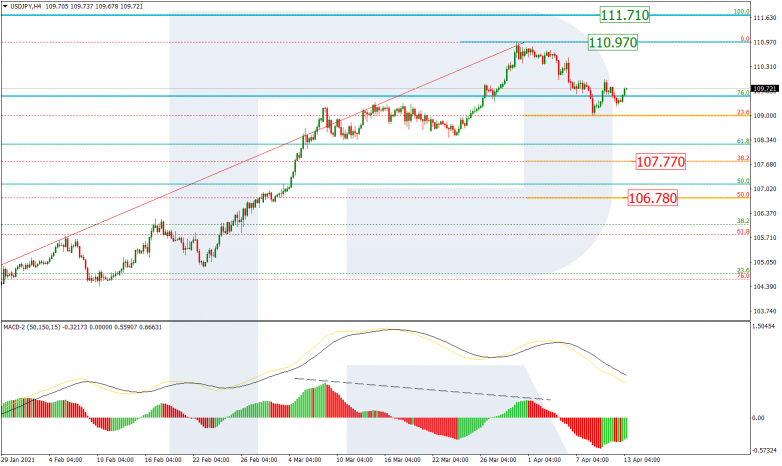 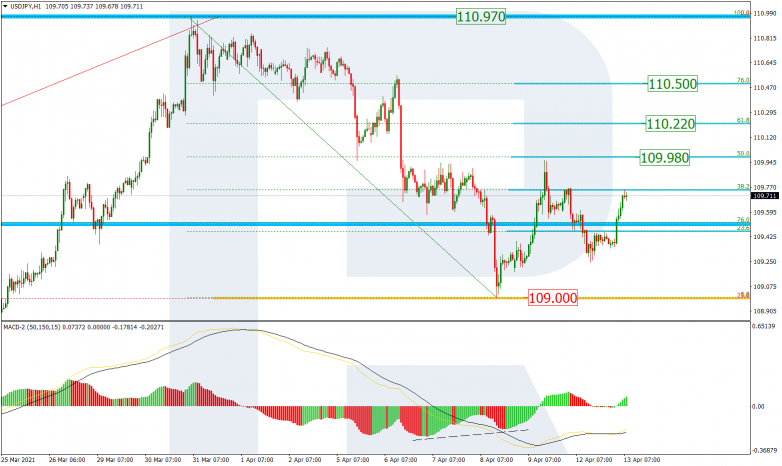