North American Session
The AUD/USD pair has been under bullish pressure since the 2nd of June 2016, with the bears lifting the price from as low as 0.7201 to as high as 0.7453.

The pair initially fell on Monday, but found enough support at 0.7315 to turn things back around and end the day at 0.7379. Today, the pair rose considerably, hitting the session high of 0.7345.

The Australian dollar found support after the Reserve Bank of Australia announced its decision to keep interest rates unchanged and raised the bar on further monetary easing. As of writing, the pair trimmed some of its gains, trading at 0.7437. 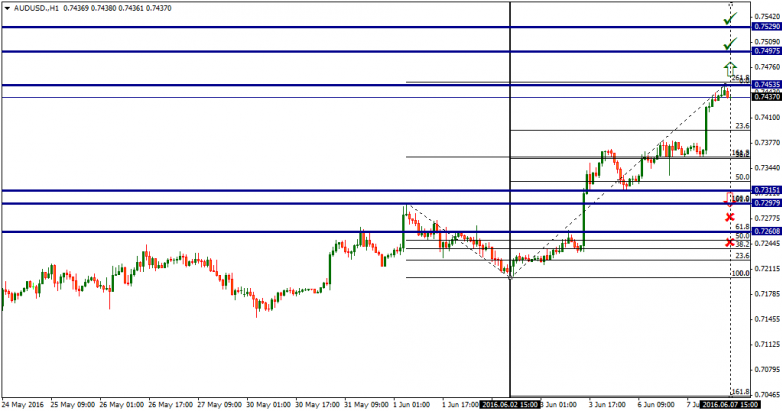 Please note: The content in this daily technical analysis article should not be taken as investment advice. It comprises our personal view.