Polish equity market closed higher on Friday. The broad market measure, the WIG index, advanced 0.5%. Sector performance in the WIG Index was mixed. Banking stocks ( 2.56%) recorded the biggest gain, as the chief of Polish bank guarantee fund stated that the banks' fee to the fund may stay flat or fall slightly next year given that the banking sector is stable and economic growth remains robust. At the same time, informational technology sector (-0.82%) fared the worst. 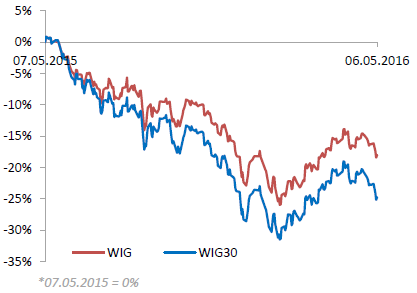