Gold can have the maximum monthly gain since February, due to the British decision to withdraw from the European Union last week.

Last Friday, the price of the yellow metal jumped to a 27-month high of $ 1,362.60 on the unexpected decision of the UK to leave the European Union, so that investors have turned to gold and other safe assets.

News triggered fears that other countries can withdraw from the block, and global growth will be under considerable pressure, while the actual time frame of Brexit remain unclear.Britain has so far refrained from Article 50.

Gold was supported as market players exclude further interest rate rise.. Moreover, the futures market is not considering raising interest rates this year and began to price in the likelihood of a rate cut.

According Fed Watch service group CME, currently the chance of a rate increase in July estimated at 0%, and probability of lowering rate is estimated at 3%.

The assets of the world's largest gold exchange-traded fund (ETF) SPDR Gold Trust rose by 2.7 tonnes to a maximum of three years.

Gold from the beginning of the month has added 8.6% in value. Silver, which has risen in price by about 19%, can show the best quarter in nearly four years. 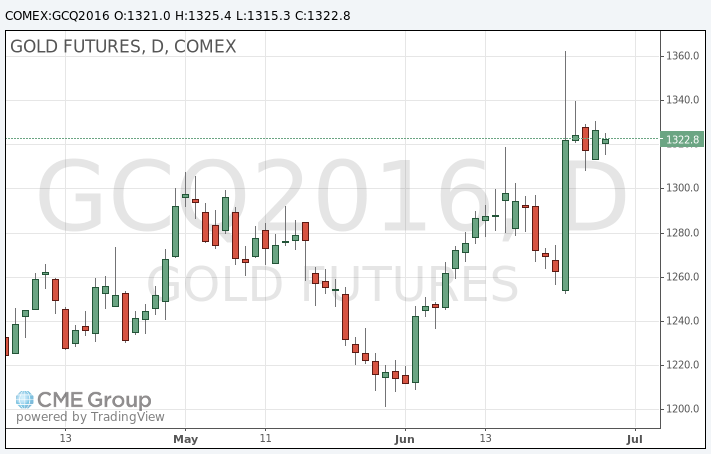