The yen traded near 29 June low. Today there were published numerous conflicting reports on the state of the economy of Japan. As reported today, the Bureau of Statistics of Japan, in May, on an annualized basis, the consumer price index in Japan fell by 0.4% after falling 0.3% in the same period of the previous year.

Consumer prices in Japan continued to fall in May and household spending weakened again. This is likely to increase pressure on the Bank of Japan for additional measures in their attempts to stimulate the growth of inflation in the world's third largest economy.

Household spending in May fell by 1.1% compared to the same period of the previous year, declining for the third consecutive month. The previous value was -0.4%. Forecasts indicated a decline to -1.4%.

The data indicate that Prime Minister Shinzo Abe is still experiencing difficulties in stabilizing the economy of Japan.

The unemployment rate in May remained unchanged at 3.2%, the ratio of jobs and job seekers rose to 1.36 from 1.34. This is the highest level since October 1991.

According to the Tankan Report the sentiment of large manufacturers in Japan in the second quarter remained unchanged at 6, but was higher than the previous value of 4. The index value above 0 is a positive factor for the Japanese currency, the value of the indicator below the 0 - negative.

The reports published today were completed prior to the referendum on the UK's membership of the EU.

The final index of business activity in the manufacturing sector from Markit / Nikkei rose to 48.1 in June, seasonally adjusted, compared with a preliminary reading of 47.8 and a final reading of 47.7 in May.

The index of business activity in the manufacturing sector by Markit / Nikkei - an important indicator of business conditions and the general economic conditions in Japan. The index value above 50 indicates growth and is bullish for the JPY, while the value index below 50 - bearish.

Japanese manufacturing activity declined in June for the fourth month in a row. Business survey showed that both domestically and overseas demand remains stubbornly weak.

The revised new orders index rose to 46.1, higher than the preliminary reading of 45.8 and higher than 44.7 in the previous month, but still remains weak for the past five months.

The British pound is trading near the low of June 24. During the Asian session, the pound rose slightly after yesterday's sharp decline on the statement of the Bank of England head Mark Carney that the UK central bank may cut interest rates this summer.

During his speech on the effects of the British decision to withdraw from the European Union, Carney said the central bank will need to reduce its key interest rate "during the summer." He added that the Bank of England has a number of other tools to support the economy and the banking system, which may indicate a resumption of the bond purchase program.

Lower interest rates lead to the weakening of the national currency, making it less attractive to investors.

However, analysts warn that most of the economic and political consequences of the referendum are known.

Australian and New Zealand dollars strengthened slightly. According to data published today the official Purchasing Managers Index of China's manufacturing sector fell in June after rising for three consecutive months. The index of business activity in June was 50.0, in line with analysts' forecasts but was slightly lower than the previous value of 50.1.

Also, as reported today by the Chinese Federation of Logistics and Supply, the index of business activity in the non-manufacturing sector rose to 53.7 from 53.3 the previous value.

According to Caixin, sub-indices of production and new orders in June were down more rapidly.

The index declined for the third month in a row, and the deterioration of the situation in the manufacturing sector was the fastest since February. 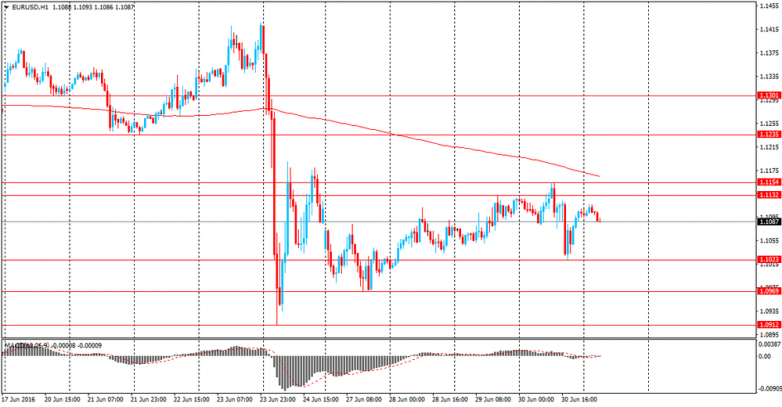 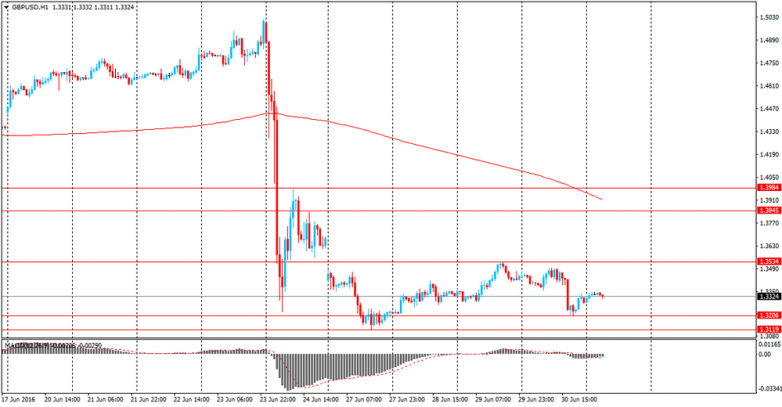 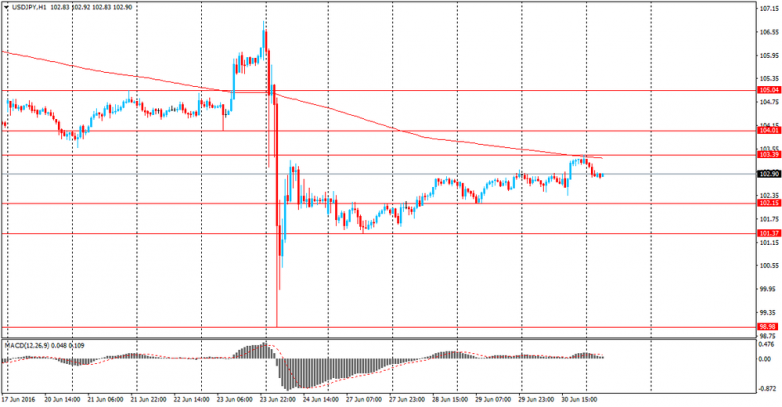