Oil prices fall as fears of a glut of world reserves resumed on the background of output growth in Nigeria and Canada.

Oil prices fell as production in Nigeria is slowly recovering in the absence of new threats and attacks which on June 16 reduced the production of raw materials to the lowest level in the last 30 years.

Production from Canada also shows growth after massive forest fires, because of which production in Alberta ceased in the past two months.

In addition, Reuters survey found that OPEC production in June rose to a record volume of 32.82 million barrels per day.

Meanwhile, investors remain cautious as markets continue to recover from the shocking results of voting in the UK last week, which resulted in the country leaving the European Union.

Sentiment in the markets also deteriorated after Friday data showed that China's PMI index for the production sector fell to 48.6 in June from 49.2 in the previous month.

The official PMI indicator for the production sector in China fell to 50.0 last month from 50.1 in May, in line with expectations.

The cost of the August futures for US light crude oil WTI fell to 47.90 dollars per barrel. 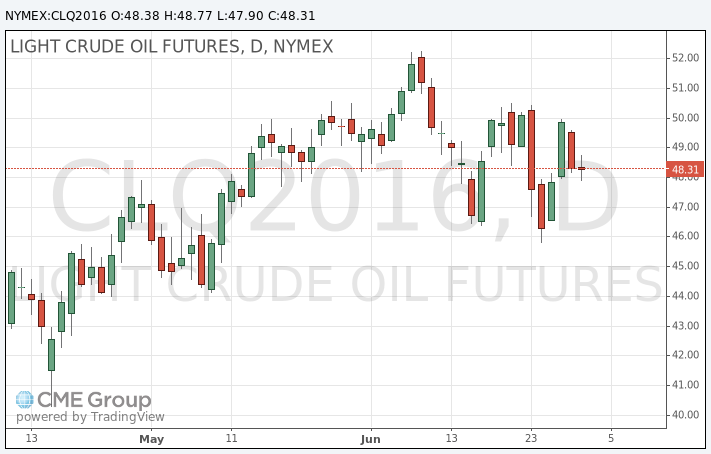