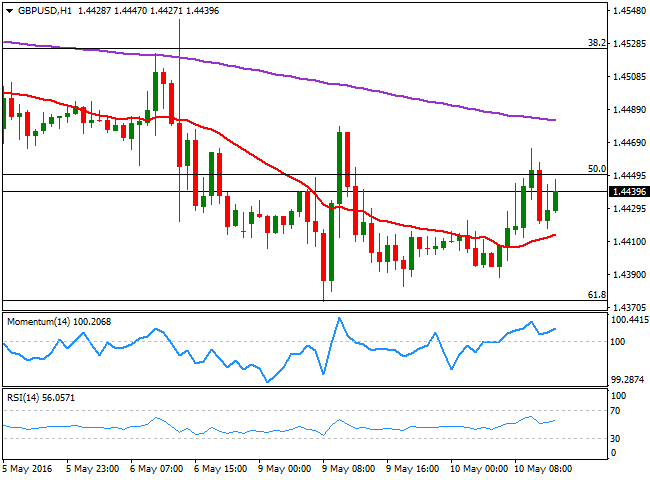 The British Pound advanced modestly against its American rival, reaching a daily high of 1.4465 after the release of a better-than-expected UK trade balance for March. According to the official release, the kingdom's deficit  on trade in goods and services, narrowed by £0.5 billion from February, resulting at £3.8 billion. The GBP/USD pair however, retreated back below the now Fibonacci resistance at 1.4445, presenting a mild bullish tone in the short term. In the  1 hour chart, the price is above its 20 SMA whilst the technical indicators have bounced from their mid-lines, maintaining strong upward slopes. In the 4 hours chart, however the 20 SMA caps the upside, converging with the mentioned Fibonacci level, while the Momentum indicator turned slightly lower below its 100 level and the RSI indicator aims higher around 46, limiting chances of a stronger advance.