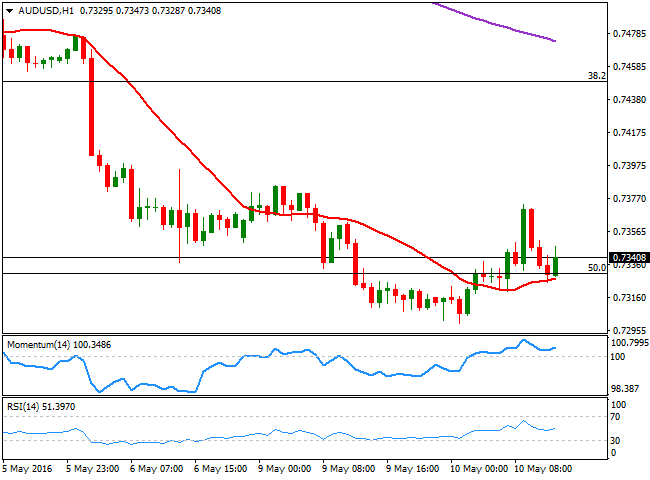 The AUD/USD pair trades modestly higher this Tuesday, bouncing from a low set at 0.7299 at the beginning of the day. The pair traded as high as 0.7373 early Europe, but quickly retreated, as bearish interest is now waiting for spikes to join the party. After correcting half this year's gains, the pair is now entering a short term consolidative stage, with a limited upward potential in the short term, as in the 1 hour chart, the technical indicator present a neutral stance, lacking directional strength around their mid-lines. In the 4 hours chart, the technical indicators have corrected from oversold readings before losing upward strength, whilst the price was rejected after testing a strongly bearish 20 SMA, all of which maintains the risk towards the downside.