The US dollar is rising across the board on Wednesday amid a decline in equity prices. USD/CHF has been moving with a bullish bias since the European session and it has erased yesterday’s losses.The pair bottomed on Asian hours at 0.9578, the lowest level in a month. Then it stabilized and slowly started to move to the upside. It accelerated after Wall Street opening bell and recently hit a fresh daily high at 0.9656. Currently, it trades at 0.9634/38, gaining ground for the first time after falling during the previous four trading day.From Friday’s pre-NFP level to Thursday's low the pair fell 315 pips and today is rising less than 50 pips. Today’s price action moves could give some signals of a bottom but so far it should be considered a bullish correction.USD/CHF levels to watchTo the upside, resistance levels might be located at 0.9660 (June 8 high), 0.9715 (June 7 high) and 0.9745/50 (last week low). On the flip side, support could now be seen at 0.9610 (American session low), 0.9595 (20-hour moving average) and 0.9575 (daily low). 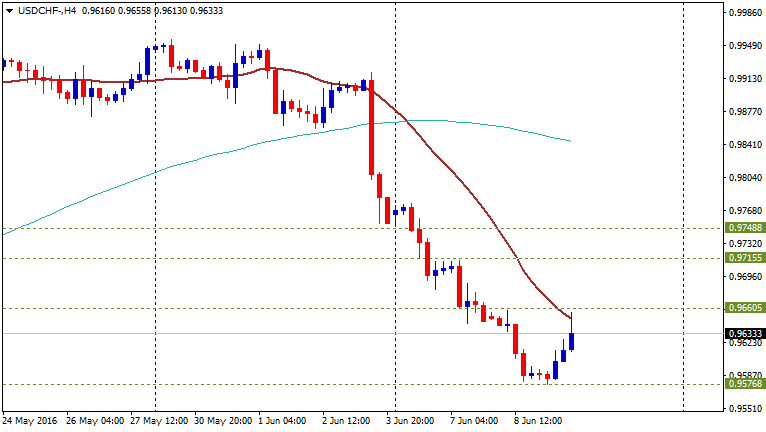