EUR/GBP rose further as GBP/USD accelerated the decline. The euro rose more than 60 pips during the last hours against the pound and reached at 0.7889, the strongest level in three months. Price is holding above 0.7870, about to end the week with modest gains.Earlier today, EUR/GBP bottomed at 0.7809, before turning to the upside. The decline found support above the 0.7800 area that also offered support during yesterday’s trading.EUR/GBP near 0.7900The pair is about to post the second weekly gain in a row and it climbed back above the 20-week moving average. Price approached the relevant area around 0.7900; a consolidation significantly on top could open the doors for a test of 2016 highs (0.8115/20).On the opposite direction, if the pair fails to break above 0.7900 the odds of a downside move could increase. The key short-term support could be seen at 0.7800, a relevant level during the current week and also where the 100-day moving average stands. 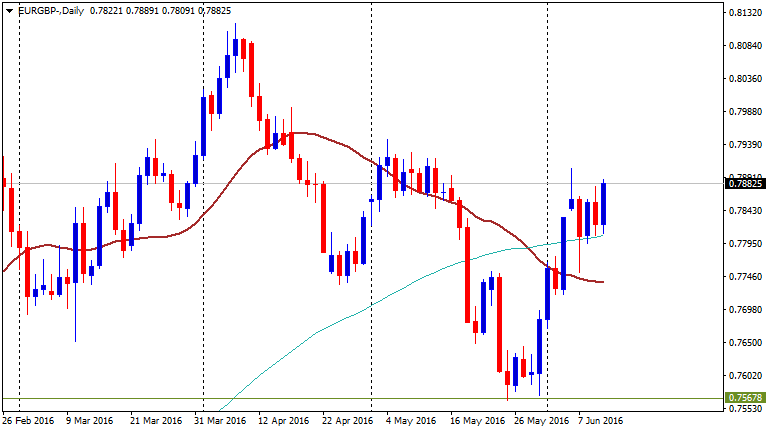