The yen rose across the board after the release of Brexit polls that triggered a decline in stocks in Wall Street and in European futures. USD/JPY fell from 107.10 and printed a fresh daily low at 106.53. It was trading at 106.70, 35 pips below yesterday’s closing price and practically unchanged from the level it had a week ago.The Japanese currency hit fresh highs in the market and rose particularly against the pound, that tumbled in the market after the ORB Independent poll on the European Union referendum showed 55% favored Brexit, while 45% want to stay.The Dow Jones is down now 0.85% and the Nasdaq declines 1.05%. German, UK, and Japan government bonds reached fresh record lows while the US 10-year fell to 1.635%, the lowest in two years. 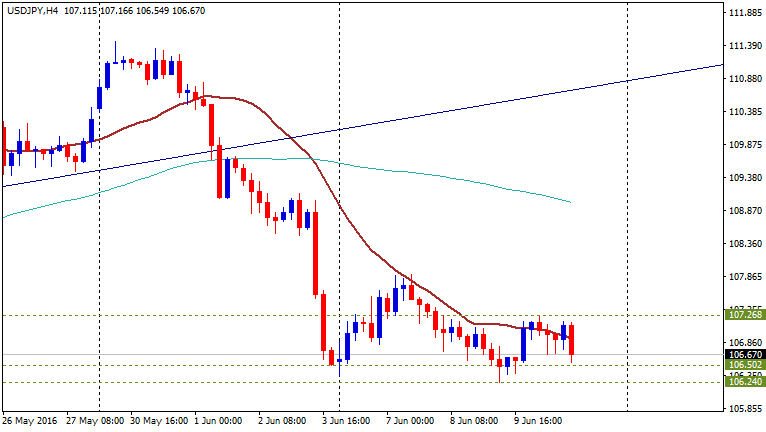