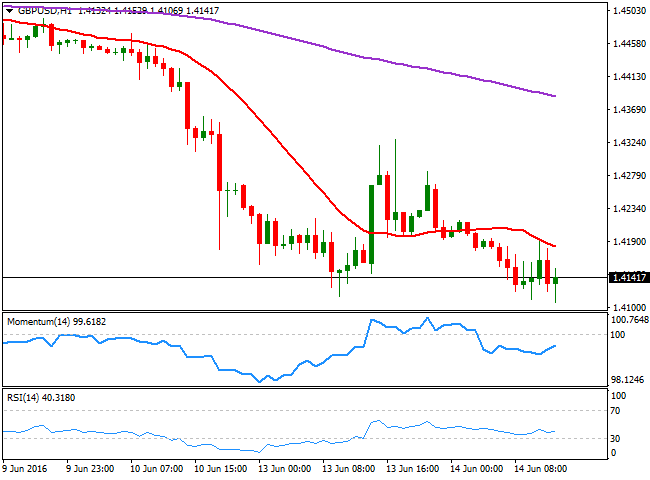 The GBP/USD pair sunk to a fresh two-month low of 1.4106 after the release of new polls showing that the "leave" vote intention keeps taking the lead in the upcoming Brexit referendum, and poor local inflation figures, as in the UK, both CPI and PPI readings missed expectations in May. Inflation surged by 0.3% in the month, and 0.2% compared to a year before, while producer prices output declined by 0.7% yearly basis.  The GBP/USD pair bounced from the mentioned low, despite positive US data, although the bearish tone prevails, as in the 1 hour chart, the price is being capped by a bearish 20 SMA, whilst the technical indicators have barely bounced, but remain within negative territory. In the 4 hours chart, the 20 SMA accelerated its decline far above the current level, whilst the technical indicators hover within oversold territory, with no aims of changing bias.