EUR/JPY is falling sharply on Tuesday after consolidating during Friday and Monday around 114.30. The pair increased its bearish momentum recently after falling below previous lows and it broke below the 113.00 handle.EUR/JPY resumes the declineOn Asian hours a stronger yen pushed the pair to the downside. It broke below 114.00 and accelerated the decline. After a short-lived recovery that took place before Wall Street opening bell (it found resistance at 113.70), it resumed the decline, as the euro weakened in the market.The pair initially fell to test 113.00 and then broke below and bottomed at 112.77, hitting the lowest level since June 28.EUR/JPY is having the worst performance since the day after the UK referendum and it has erased half of the recovery that started last Monday. 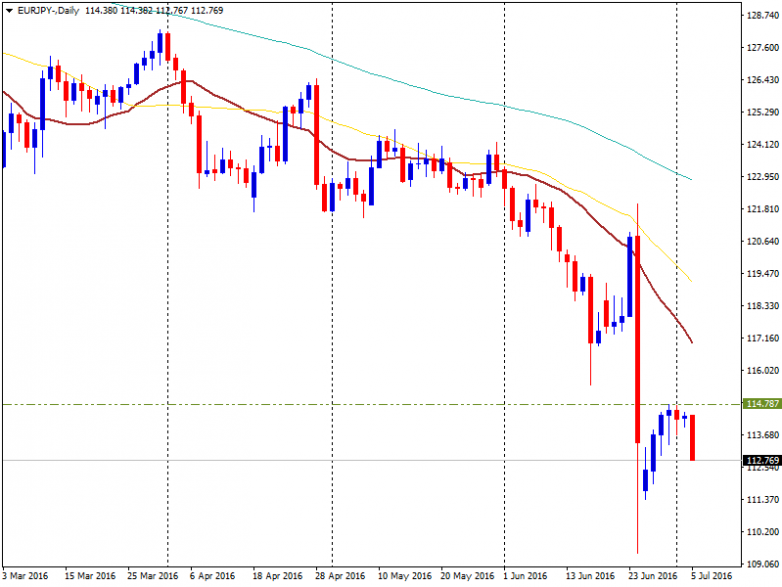