A busy morning for the Asia session which saw a selection of PMI's from China and Japan alongside Australian GDP. With the majority beating expectations a risk-on sentiment dominated the session.

Japan's manufacturing PMI was revised slightly higher to 47.7 form 47.6, however this still remains at a 41-month low making it by far the weakest read of today's data set.

NBS manufacturing remained at a steady, yet low rate of expansion of 50.1 vs 50 expected. A cross below 50 denotes industry contraction, so hardly a compelling result. However, the table below taken from the PMI report shows business optimism and a number of sub-indices expanding. Whether this will filter through to the headline figure in the coming reads will be divulged but, if the Caixin read and overall trend of NBS and Caixin is combined, out guess it a cross below 50 is inevitable. 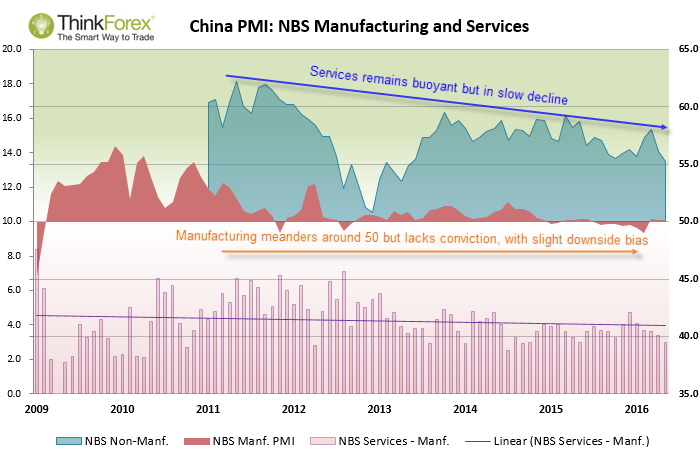 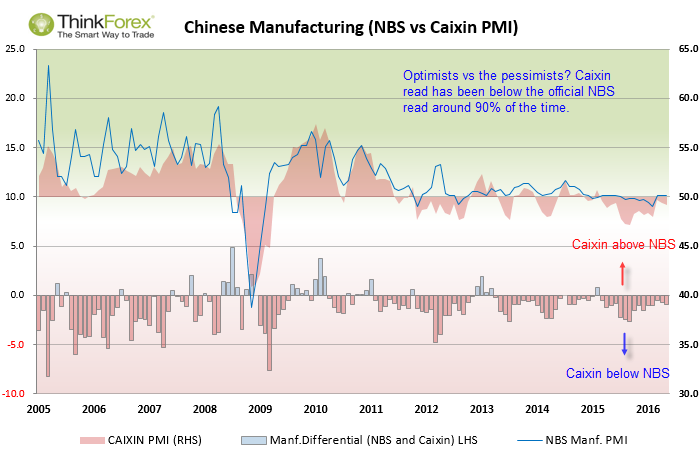