Clues from ADP report ahead of NFP

The main economic release from the US this afternoon was the ADP non-farm employment change, which is seen by some as a good preview for tomorrow’s key NFP release. Whilst the number of 173k came in ever so slightly below expectations of 174k, when considered against last months 156k - which today was revised higher to 166k - the picture becomes overall more positive.

If we look over the past five years it becomes quite clear that the ADP and NFP share a relatively good level of correlation and the uptick in today’s number may lead some to raise their expectations for tomorrow. There has been a noticeable turn lower in both employment indicators over recent month but readings in the 150-200k range still represent a relatively good level of job growth. 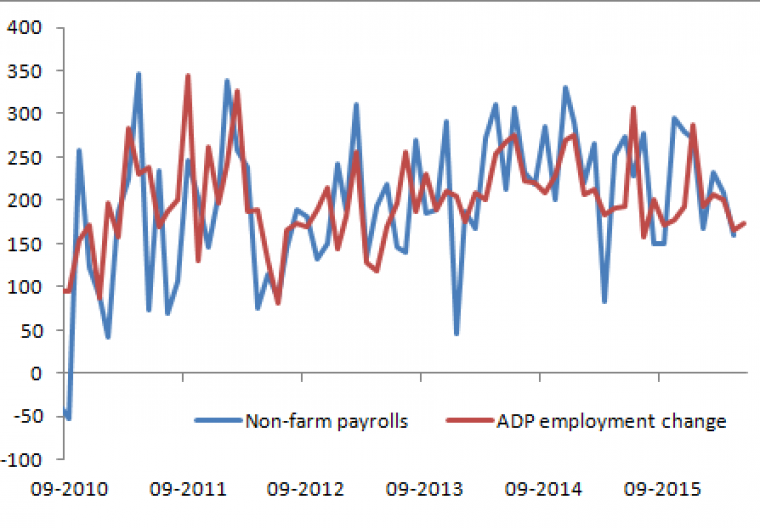 With the FOMC’s next meeting under two weeks away now and recent comments from chair Janet Yellen that a "rate rise in the coming months would be appropriate" a strong employment report tomorrow could raise expectations that they will act this month higher. A headline read in the same region as today or higher (170k ) will provide further evidence of a strong labour market and if we see supportive figures in the wage growth then hawks on the FOMC will have far more ammunition going into what could prove to be a pivotal meeting.