The data on factory orders recorded in Germany in April were out this morning. This is an interesting piece of data to follow now due to the pattern seen in the May PMIs from this economy.

The May German composite PMI, which combines informartion from businesses from both industry and services  sectors, rose from 53.6 pts to 54.5, which is a 4-month high, and both sectors have contributed to its growth.

However when it comes to new orders, the composite PMI report tells that there was a decline in May. Although we are not talking about an outright move belo0we the 50-pt mark. This was the closest reading to the 50-pt level in ten months.

The data released at 7:00 today are the real data on new orders so should be able to validate what we see in the PMIs.

It does confirm that there is some weakness in new business, but so far it is not driving the sentiment of entrepreneurs. April output data for April will be out tomorrow morning with a consensus of 1% YoY, up from 0.3% for March (in MoM terms: 0.7% expected, -1.3% seen previously) 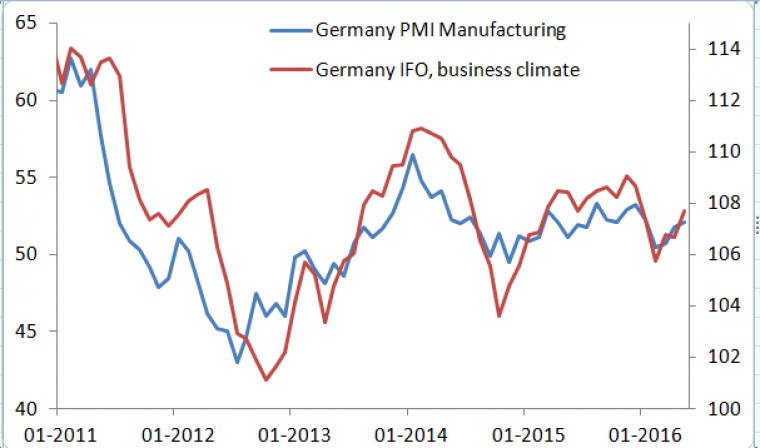 Limited reaction of EURUSD, even with Fed’s Rosengren downplaying the Friday NFP., but at least the extension of dollar losses from late Friday is corrected