Demand for CHF due to Brexit fear

Swiss frank is crossing important areas vs USD and GBP, due to the Brexit polls turning more ugly from the status quo perspective. This brings back memories from the high Grexit risk days when CHF was also being chosen by the markets as the ’safe haven’, despite SNB actions.

The last data on SNB sight deposits which are tracked as a barometer of inflow of capital during stress times were released earlier today. It covers the first days of June, but doe not show any pressure, on the contrary, the weekly change pictured below was negative after a period of higher than average readings. 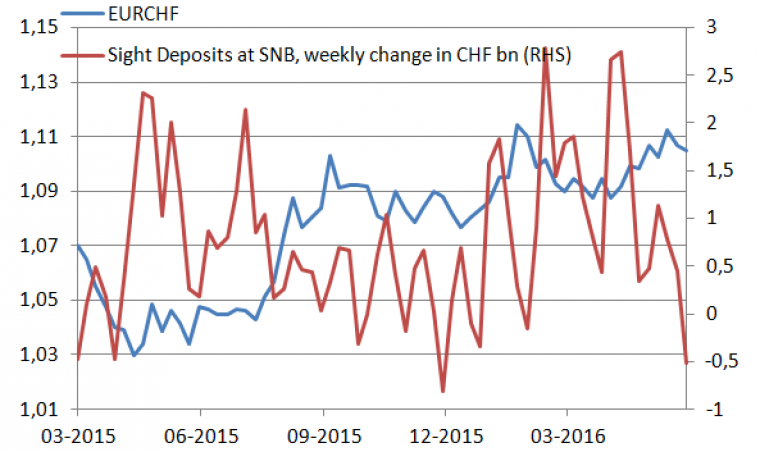 The last time we heard from the Swiss policymakers was in the Saturday local press (Basler Zeitung), Deputy governor Frank Zurbruegg said:

Brexit fears caused by the polls coming over the weekend and today may requires more than words from the SNB, but the monetary statistics do not confirm any pressure for now.