May’s Chinese trade data offered the latest sign that the world’s second-largest economy was still a long way off from full health. 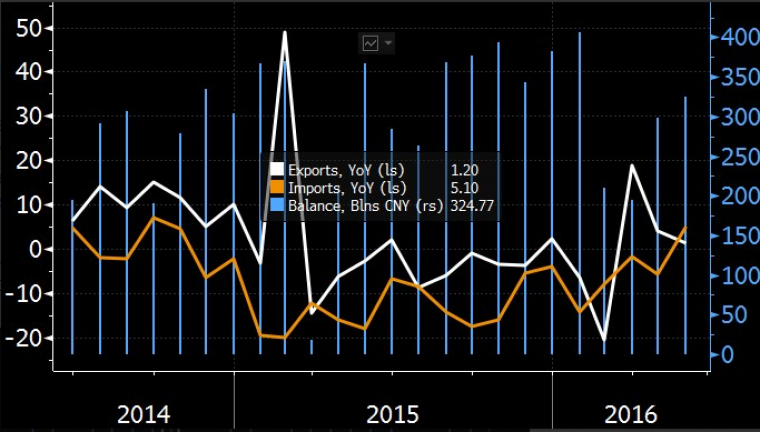 For the first five months of the year, annual exports were 7.3 percent lower while imports were down 10.3 percent.

Market reaction was relatively muted, with mainland equities modestly lower and the Australian dollar (that is usually used as a proxy) was flat.