$2 Trillion in Aid will Worsen US Labour Market Data

Global markets retreated from highs on Friday morning on news from the USA. The short-term momentum of profit-taking in the markets was created by a sudden surge in jobless claims. However, the negative should be more than offset by the $1.9 trillion relief package announced earlier by Biden. 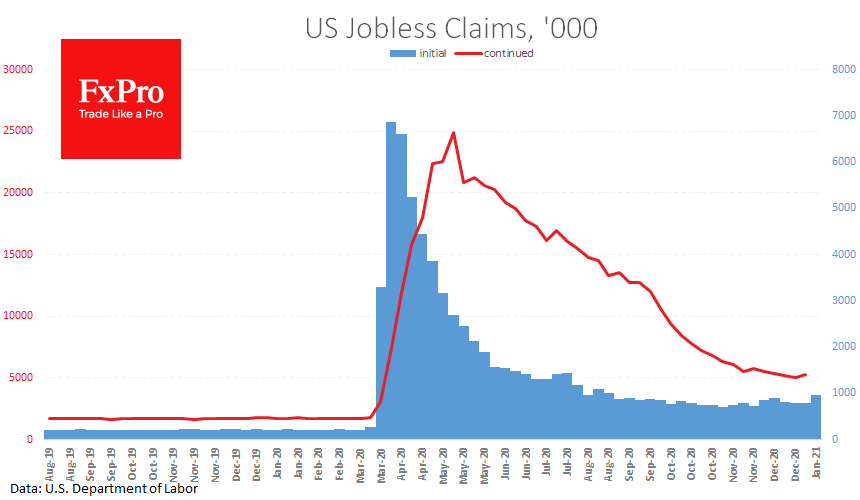 The number of initial jobless claims soared to 965K from 784K a week previous. The number of continued applications rose by 199K to 5.271 million. Such a sharp deterioration in the labour market highlighted the importance of aid packages from the government, which can prevent the collapse of people’s incomes.

Earlier, some participants had seen the forthcoming support package as a saviour for the markets, suggesting a new influx of retail investors after the cashing of cheques from the government, as was the case in the middle of last year. 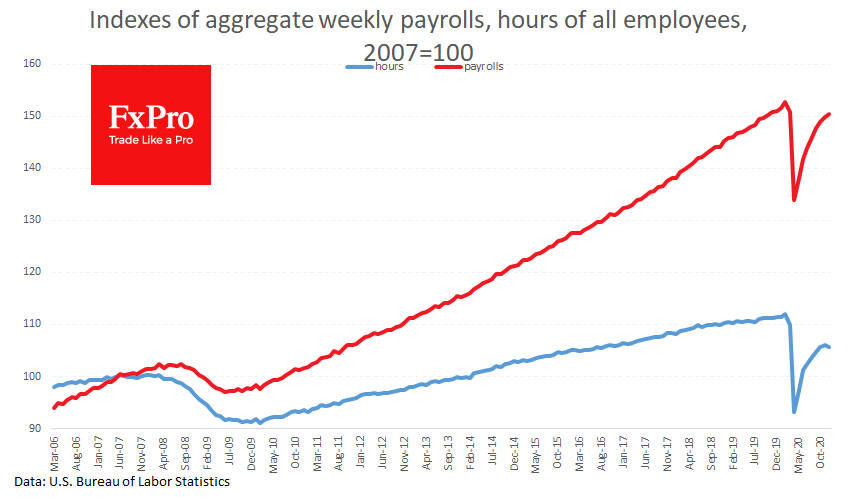 Some labour market indicators now point to a tougher situation than previously estimated.

In our opinion, however, the jump in benefit claims should be seen as a consequence of the help from the government. The fall in unemployment at the end of the year was partly due to the anticipated end of the government’s supplementary assistance program to the standard benefits.

The aid package from Biden intends to extend this programme until September and to increase the supplemental jobless insurance checks from $300 to $400. Last summer, it was more beneficial for some low-paid workers to receive benefits than to work. Now, these “incentives” will be even greater, which promises to accelerate the pace of wage growth in the US, spurring inflation in the coming months. 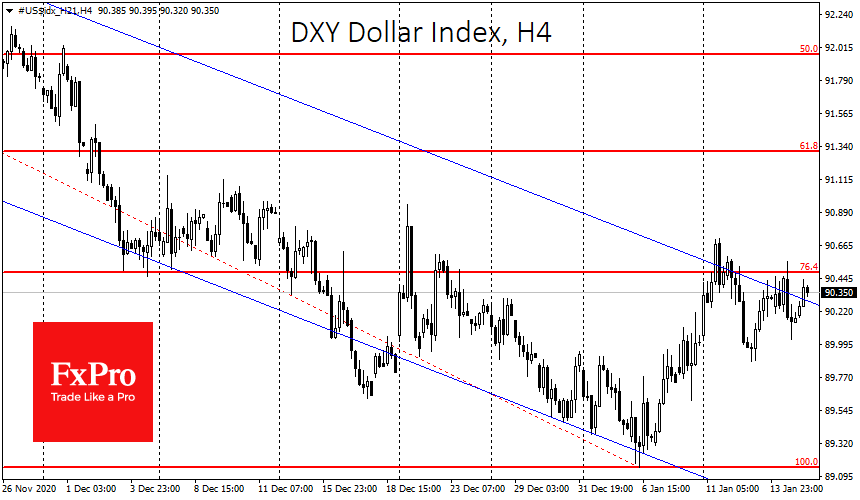 The monthly labour market report noted an overall increase in the economy’s payrolls, despite the decline in employment.

Therefore, in the coming weeks, we can expect signals from the US labour market that employment will decline. However, if total income and expenditure do not fall, these negative signals can likely be ignored. In this light, it is worth paying increased attention to today’s retail sales data, which might clarify how wary consumers were last month.