Bitcoin’s (BTC) price slid Thursday, retreating along with U.S. stocks and oil prices as U.S. Treasury yields touched some of the highest levels in a year. The 10-year Treasury note yield, which moves in the opposite direction from the price, breached 1.75% for the first time since January 2020. The rising yield has been seen by investors as a sign of market worries over future inflation. 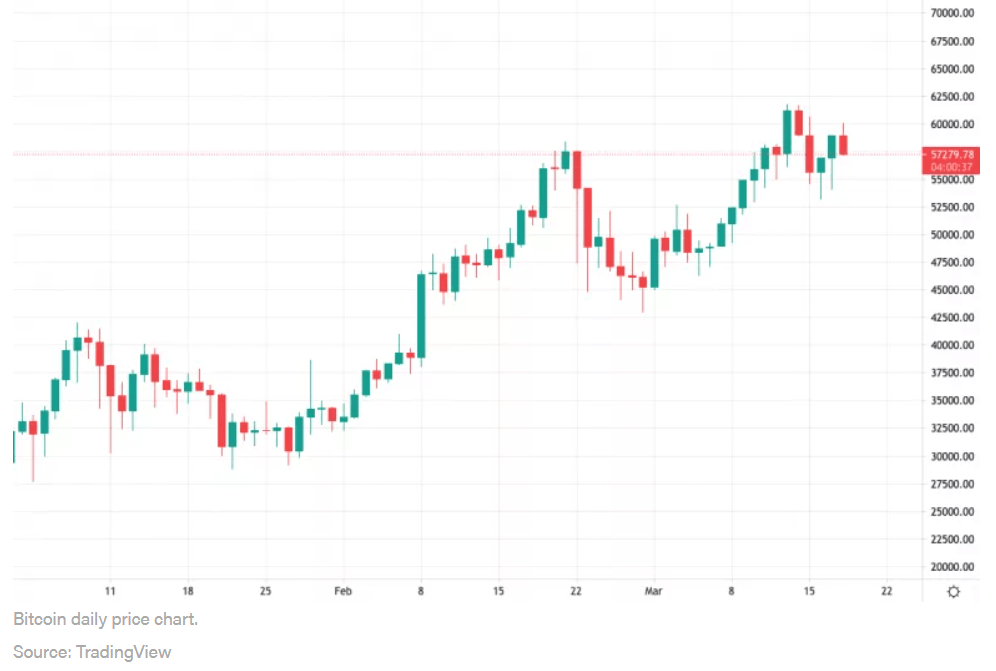 A growing number of investors say bitcoin might serve as a good hedge against inflation, but the largest cryptocurrency is also seen as a risky asset. In recent weeks, commentators have warned that higher yields on bonds, typically viewed as a safe investment, might reduce the appeal of bets on riskier assets like stocks and bitcoin.

“$57,400 remains our pivotal spot,” Matt Blom, head of sales and trading for the cryptocurrency exchange firm EQUOS, wrote in an email. “Should bitcoin remain above this level, then the bulls will feel happy exploring and pushing prices to the upside, with $60,780 the target.” A break lower could see the market trade down to as low as $53,360, he wrote.

The Japanese brokerage Mizuho recently estimated that some $40 billion of the latest round of direct $1,400 stimulus checks from the U.S. government might be spent on bitcoin and stocks. The German lender Deutsche Bank published a report this week stating that bitcoin is “now too important to ignore” given its $1 trillion market capitalization.