Bitcoin closed in on the lowest in three weeks as the cryptocurrency’s sizzlying rally gives way to pessimism that prices are too high.

Bitcoin tumbled 5.9% on Thursday, sliding below $33,000. The largest digital asset has trended lower ever since breaking through $40,000 amid growing speculation that the market is in a bubble. 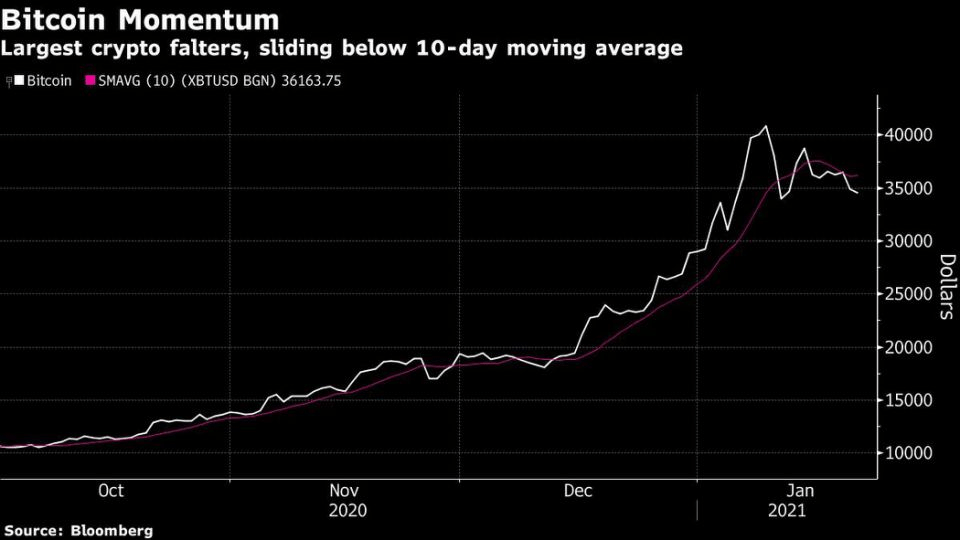 While the soaring crypto prices fueled a speculative mania among the Robinhood crowd, it’s also made professional investors reluctant to buy at the top. The debate continues to rage over Bitcoin’s perceived value, with believers pointing to factors such as institutional interest in the cryptocurrency as an inflation hedge. Others see the return of another speculative bubble echoing its 2017 collapse.

“Bitcoin just entered the danger zone,” wrote Edward Moya, senior analyst at Oanda. “This doesn’t seem like the end for the crypto bubble, you just might need to see Bitcoin drop to $30,000 level before that institutional money sees value in it.”