For the very first time in a Bitcoin (BTC) bull market, not only long-term investors but also short-term speculators who usually add to the daily sell pressure toward the end of a market cycle have become increasingly confident of higher prices as they hold on to their Bitcoin. This only adds to the already existing supply shock. If demand remains strong, this is a recipe for another leg up for the BTC price. 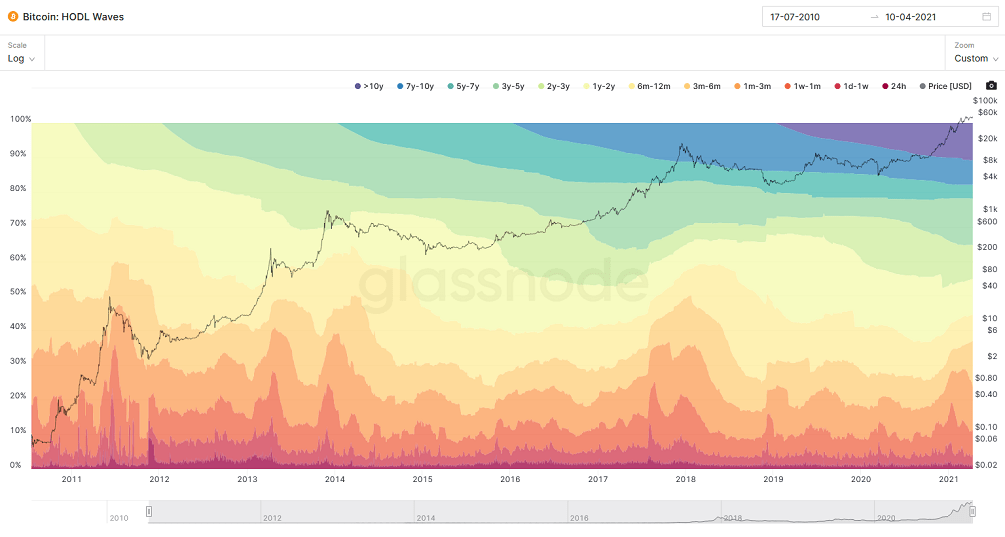 Every Bitcoin bull market usually coincided with an increasing number of short-term speculators coming into the market hoping to turn a quick profit, while long-term speculators start to add sell pressure toward the second half of the market cycle to realize their profits. One of the best on-chain indicators to see this trend unfold in each cycle is called HODL waves. Hereby, the length at which each BTC address holds Bitcoin before they are sold into the market is clustered into term buckets that are then visualized in different color bands.

For example, someone who held on to their Bitcoin for five months would fall into the 3m-6m bucket, the light orange color band. If that person decides to sell, it falls out of that bucket and would show up in the 24h-term bucket, the dark red color band. This means, the redder the colors are in the HODL waves chart on a respective date, the more short-term turnover of Bitcoins happens. This activity is almost at its lowest during a bear market, and at its highest during a bull market, while the short-term activity tends to peak around a bull market top. 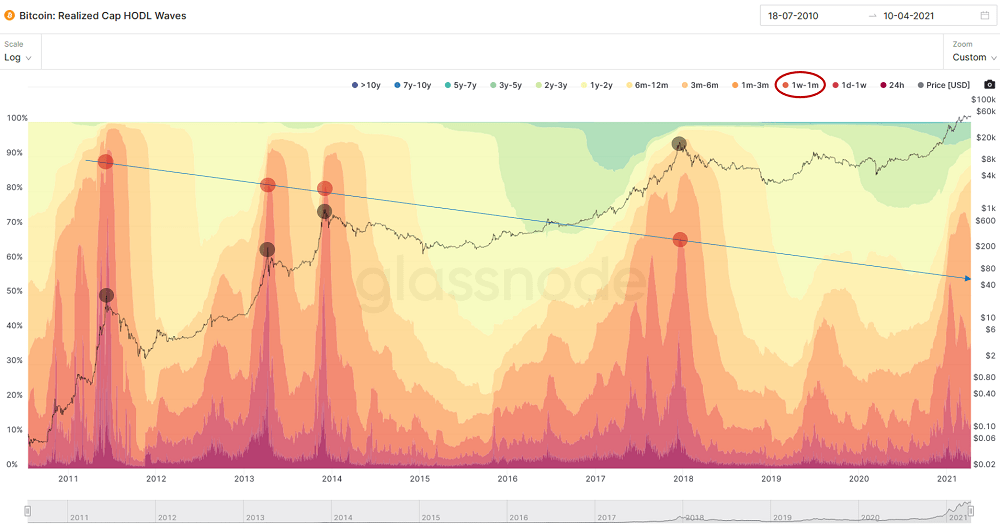 Bitcoin selling activity whether it is from speculators or long-term holders is declining while also the annual spending behavior relative to the market capitalization is surprisingly low. All these on-chain data points suggest that the market is inching to an even deeper supply squeeze. This is one of the best rocket fuels to send the Bitcoin price higher.

However, this is not a guarantee as it requires continuous demand for the price to appreciate in this environment. Therefore, a close eye on high-net-worth individuals and institutions’ demand should be kept, as they have recently been the main driver on the buyer side.