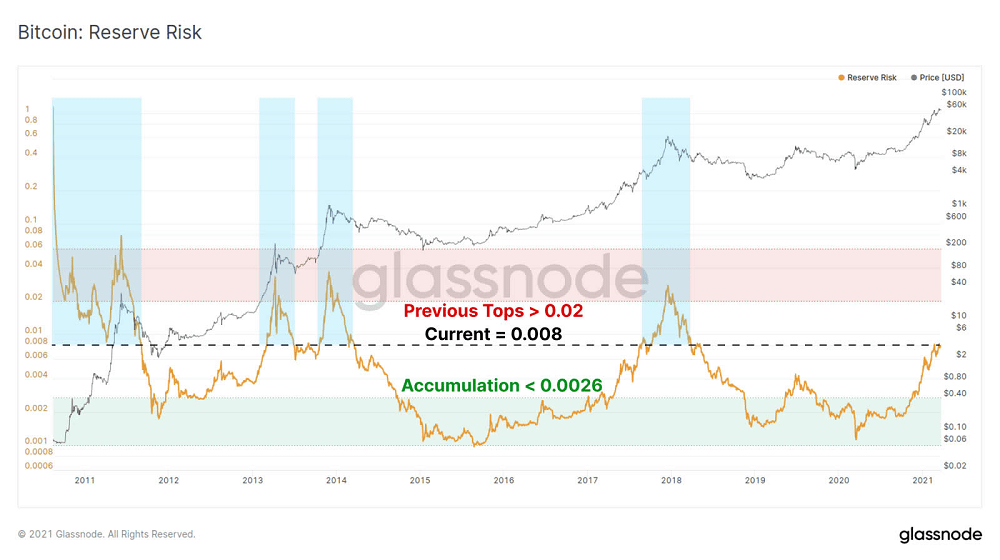 “The persistent accumulation of small holders demonstrates a willingness to HODL through volatility with the trend unbroken from mid-2018 through the chaos of 2020,” the report noted. Whale addresses holding over 100 BTC have been relatively flat by comparison, with the group currently holding 62.6% of the supply — an increase of just 0.87% over the past 12 months.

Drawing on its “Reserve Risk” metric — which is used to assess the confidence of long-term holders relative to the price of Bitcoin, Glassnode asserts a BTC “wealth transfer” from long-term holders to new buyers is currently ongoing. The report stated that bull markets generally follow a similar wealth transfer path over three distinct phases, which can be used to estimate what stage the current cycle is in. Peak hodl phases are inflection points where the largest proportion of long-term holder, or LTH, owned coins are in profit.

“Similar to the Reserve Risk metric, these studies suggest conditions are similar to the second half or later stages of a bull market. There remains a larger relative portion of supply still held by LTHs having only spent 9% since the assumed Peak HODL point.”

Glassnode is not alone in speculating the end of the bull season may be looming, with Chinese mining pool BTC.TOP CEO Jiang Zhuoer speculating the bull market could be over as soon as September.