China is Building Up its Ability to Weaponize Trade, Report

China is diversifying its supply of critical natural resources — a move that will shore up Beijing’s ability to weaponize trade against its geopolitical rivals, according to a newly published report by risk consultancy Verisk Maplecroft. “If China has a soft underbelly, it is its high dependency on foreign natural resources,” read the report released on Thursday. China is a large consumer of major commodities including crude oil and iron ore. But the country relies heavily on imports to meet its domestic demand for those commodities. One way the country is diversifying its import sources is by buying stakes in overseas companies, said Verisk Maplecroft. Doing that will increase the proportion of Chinese-owned resources in the country’s total imports, the report said. 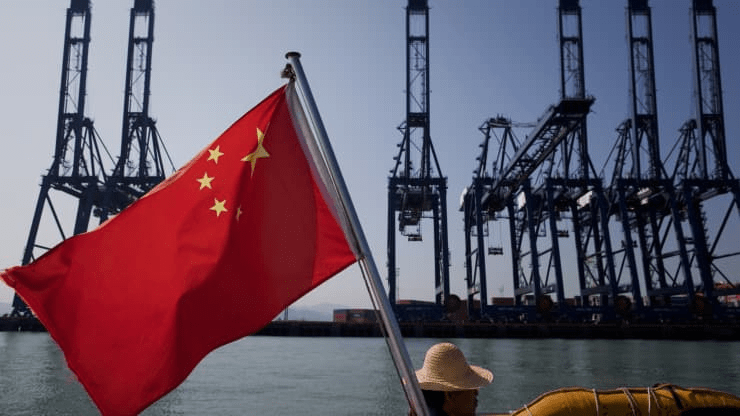 As an example, the consultancy said the number of Chinese-owned base metals and gold companies in Oceania rose from zero in the year 2000 to 59 last year. It represented around 22.6% of total foreign ownership in such companies, the report showed. Oceania is a region that includes Australia, Papua New Guinea, New Zealand, Fiji and numerous island nations.

China’s largest supplier of iron ore last year was Australia, an American ally that was recently hit by Beijing’s trade restrictions. Australia shipped a monthly average of 60.86 million tonnes of iron ore to China in 2020, accounting for more than 60% of overall Chinese imports of the commodity, Refinitiv data showed. That’s why China has been strengthening trade ties with other iron ore producers such as Brazil and Guinea, according to the Verisk Maplecroft report.

China is by far Australia’s largest trading partner in goods and services, accounting for 39.4% of goods exports and 17.6% of services exports between 2019 and 2020, research firm Capital Economics said. Beijing has shown that it’s willing to use trade as a geopolitical lever, according to the Verisk Maplecroft report.

The report cited the example of China banning Australian coal. Relations between the two countries soured after Australia supported a call for an international inquiry into China’s handling of the Covid-19 outbreak, which first emerged in the city of Wuhan. Coal was just one of the Australian exports hit by Chinese retaliatory measures that ranged from tariffs to bans and restrictions.

Such geopolitical tensions could persist as China speeds up its effort to reduce its reliance on “unfriendly” resource suppliers, said Verisk Maplecroft. “Banning imports of coal from Australia was a prime example but more are likely to follow, with significant impacts on the trade in global commodities and the geopolitical landscape likely,” it said. “Companies and investors are in the direct sights of Beijing’s diplomatic moves and will need to prepare accordingly.”