One year since the coronavirus pandemic hit, China’s young people are still having a hard time finding jobs. The unemployment rate for those aged 16 to 24 was 13.1% as of February, far above the national urban jobless rate of 5.5%, the National Bureau of Statistics said Monday. The 13.1% young people’s unemployment rate is the same as it was during the first quarter last year, the height of the coronavirus outbreak within China. 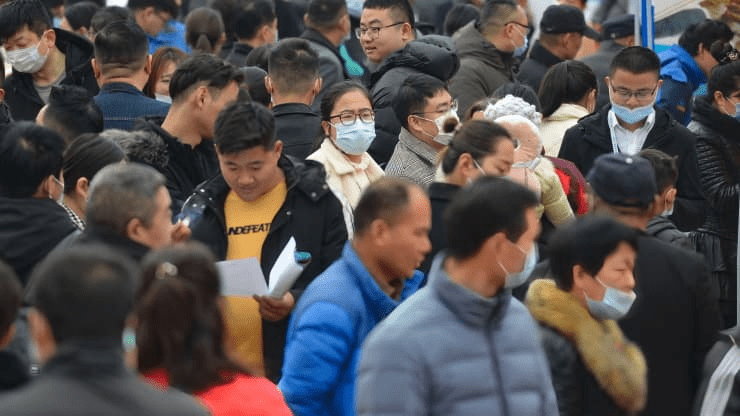 The high figure implies “continuous challenge from underemployment and pressure on the job market,” said Bruce Pang, head of macro and strategy research at China Renaissance. He added that based on a contraction in labor measures from monthly government and third-party surveys, companies don’t seem eager to fill vacancies as momentum in the economic recovery slows. Young people face particularly high competition for jobs.

This year, a record 9.09 million students are expected to enter the workforce, surpassing last year’s record of 8.74 million, according to official figures. Even before the coronavirus pandemic, the number of new urban jobs fell to 13.52 million in 2019, down from 13.61 million in 2018, according to official figures. Last year, as the world struggled to recover from the pandemic, just 11.86 million new urban jobs were created. China aims to create 11 million new urban jobs this year, and achieve an unemployment rate of 5.5%.