Crude Oil Gets Set for Another Round of Growth

The oil price is ready for further growth, and this year it might consolidate in the area of $70-75, not ruling out bounces up to $85.

The rally in early November overheated the price by March, which turned out to be a natural correction from the peak levels of the previous month. The price corrected by 15% from the peak, where it received support. Despite the bull and bear manoeuvres, subsequent lows and highs were higher than previous ones. 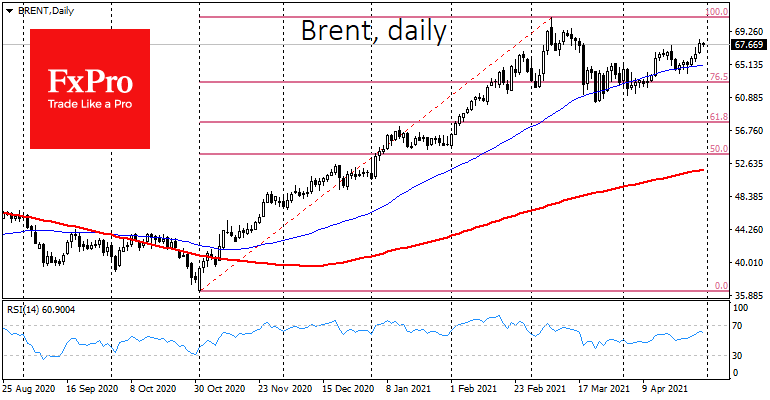 The support signal was given by the 50-day simple moving average, attracting buyers and pushing the price up. The 50-day average is the medium-term trendline, which is now clearly bullish. 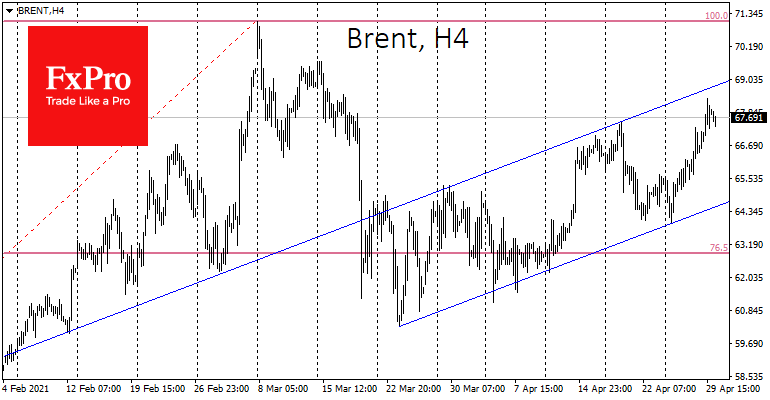 Many would agree that Oil has a high chance of rising significantly. The pullback in March knocked the local overheating out of the market, clearing the path for a further rally after the correction.

For cautious traders, confirmation of further bullish momentum would be when previous highs near $70 for Brent are surpassed.

Should the bulls succeed, quotations may head towards the upper boundary of the next $70-75 range rather quickly. A strong recovery in major developed economies and continued soft monetary conditions could send the price looking for a ceiling to $85 before the end of the year, an area of 2018 highs.

Just look at recent metal and agricultural prices to see how the rally in commodity prices could become sharper and more prolonged than looks rational to most. 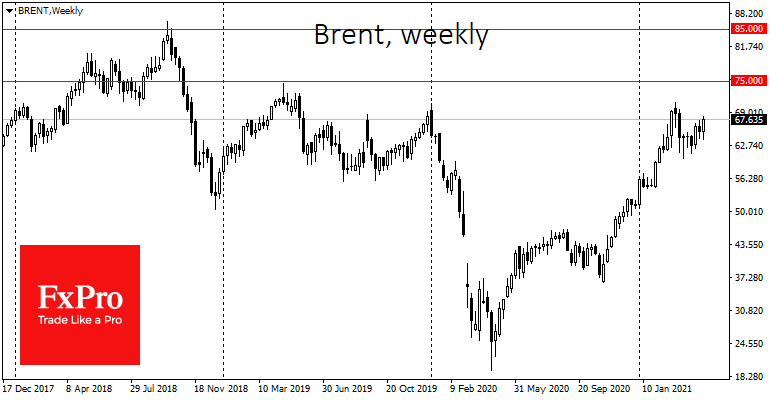 It is worth noting that a sharp increase in supply can stop price rallies on the risk side. Unlike metals and agriculture, the Oil supply is artificially restrained. Therefore, its price has more limited upside potential than, say, copper or soybeans.

One year after the historic OPEC production cuts, quotas remain markedly lower, but prices are already above pre-pandemic levels. This is the result of production restriction that several participants are not comfortable with. Potential to quickly increase Crude Oil production will hold back the ascent of oil prices, preventing levels above $80 from being seen as sustainable long-term.