After coming close to $45K, ИЕСГЫВ fell slightly during the American session along with stock indices. BTC showed resilience despite the decline in other risky assets and the growth of the dollar. 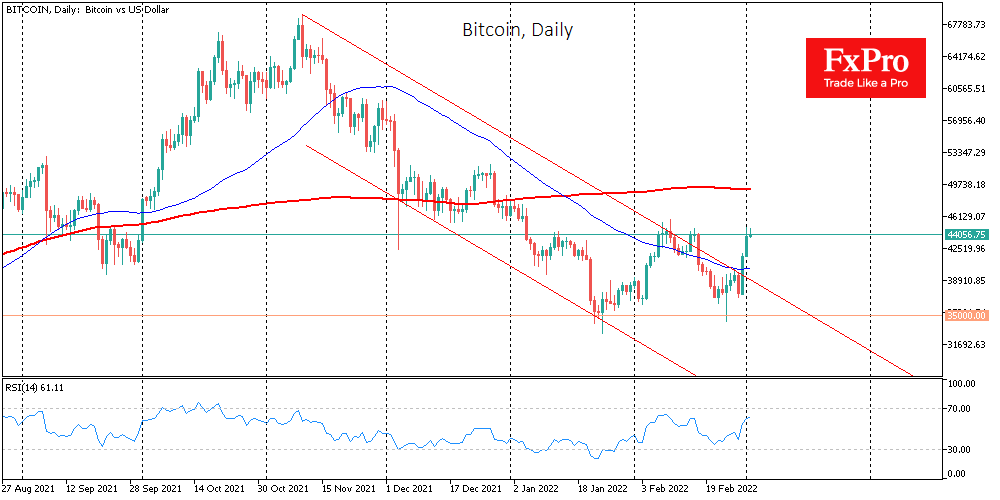 On the Binance exchange, the volume of trading in ruble pairs with BTC and USDT has increased significantly.
Crypto funds recorded $36 million in net asset inflows during the week, up from $239 million over the past five weeks, according to CoinShares. Institutions are also looking for alternative vehicles amid mounting military tensions and government capital controls.

According to Glassnode, crypto whales have been aggressively buying bitcoin over the past few weeks, which could signal a local bottom has been reached. The last time such a situation was observed was in May last year, when, after a two-month consolidation, the market resumed growth at the end of July.

The total capitalization of the crypto market, according to CoinMarketCap, grew by 2% over the day, to $1.94 trillion. The Bitcoin Dominance Index is hovering around 43%.

The Cryptocurrency Fear and Greed Index added another point to 52 moving into neutral territory.