Since the start of the year, the performance of emerging market currencies mirrors what we saw last year, but with more polarisation. The Brazilian real has been the growth leader against the dollar since the start of the year, gaining around 13%. It is followed by the South African rand and Colombian peso, gaining just over 7%. Among the hardest hit is the Russian Rouble (-33%), but also the Egyptian Pound (-14%) and the Turkish Lira (-10%). In our view, this polarisation promises only to increase in the coming months. 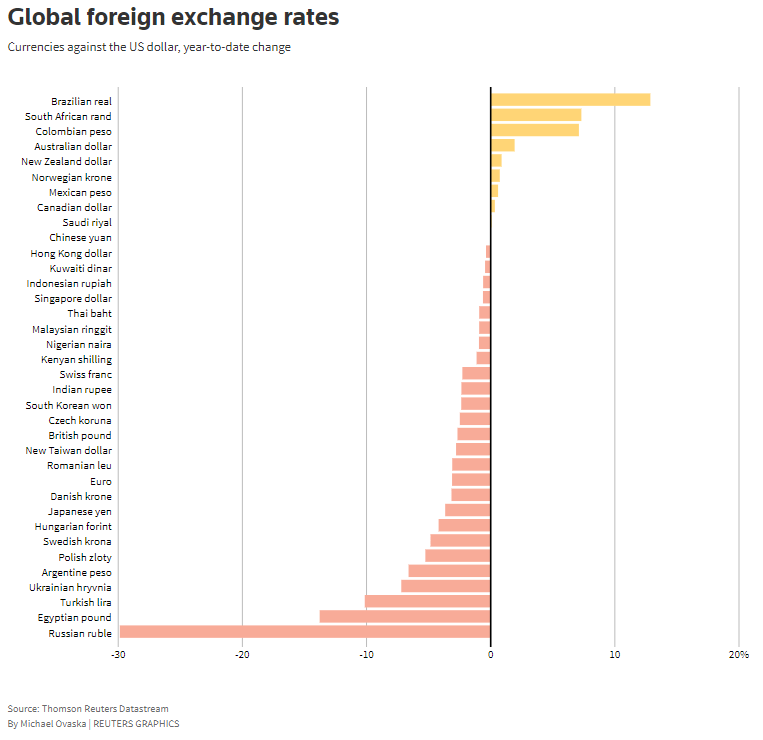 Commodity-exporting countries have benefited amid a global jump in energy and agricultural commodity prices. Brazil gets a chance to seriously boost its oil sales to the US amid a supply embargo from Russia. Though net oil exporters, the states must buy significant amounts of heavy crude to run their refineries. Until 2019, oil from Venezuela was used for the right blend, subsequently replaced by Russian crude. Now it is being replaced by oil from Brazil, which promises a significant increase in exports and supports the exchange rate of the Brazilian real.

The South African rand is in demand, receiving dividends from last year’s monetary tightening and a surge in metal prices since the start of the year. As most global markets look for alternatives to the Russian metal, the ZAR is enjoying demand from speculators in anticipation of increased exports from South Africa for political reasons. 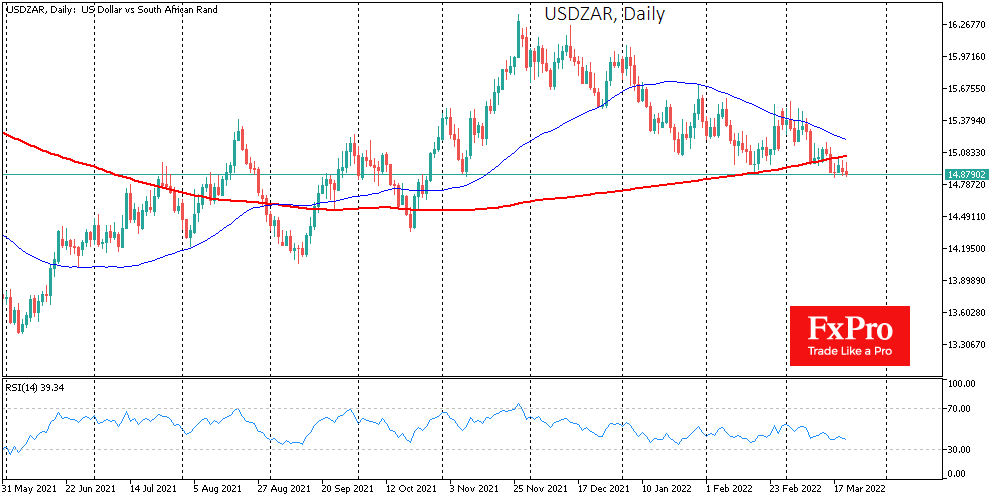 We may well be seeing a global reversal in the attitude towards commodity exporters’ currencies, as even in the event of a military settlement, there is no expectation of a quick recovery of previous economic ties.

At the other end of the spectrum are countries’ currencies that depend on imports of oil and agricultural products.

Egypt buys most of its wheat consumption from Russia and Ukraine, and rising prices severely damage the balance of payments. Egypt’s central bank has responded by tightening monetary policy to suppress inflation. But such steps tend to hurt economic growth.

Turkey imported almost all its gas from Russia and Azerbaijan and bought its wheat from Ukraine and Russia. Price jump and supply-chain disruptions will be costly for the economy and cause increased pressure on the Turkish lira.

In addition to the prospect of inflated import volumes, Turkey and Egypt face a severe drop in revenues from the tourism industry, as tourists from Russia and Ukraine have provided a significant flow of tourists.