Flee from Euro Gathers Momentum, Pushing Towards Parity with Franc

The single currency approached 1.1000 against US Dollar – its lowest since May 2020 – and is close to declining for the fourth week in a row. Investors fleeing into safe havens outside the eurozone continues to gain momentum. 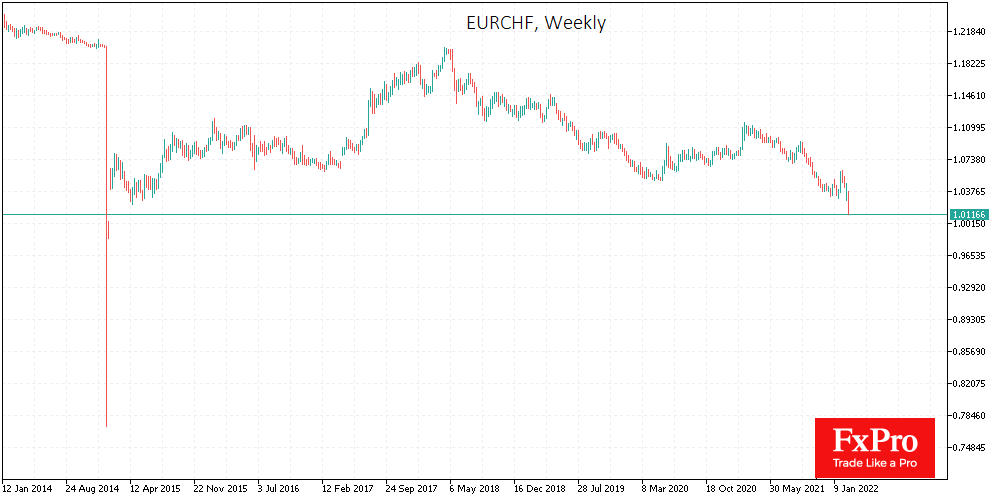 The single currency is also losing sharply against the Swiss franc, falling to 1.01, the lowest since January 2015. In modern history (at least since 1993), the EURCHF has only traded lower briefly in August 2011 and at the Swiss National Bank’s unpegging of the exchange rate in 2015.

In the meantime, the franc against the dollar is trading in a tight sideways position around 0.9200. 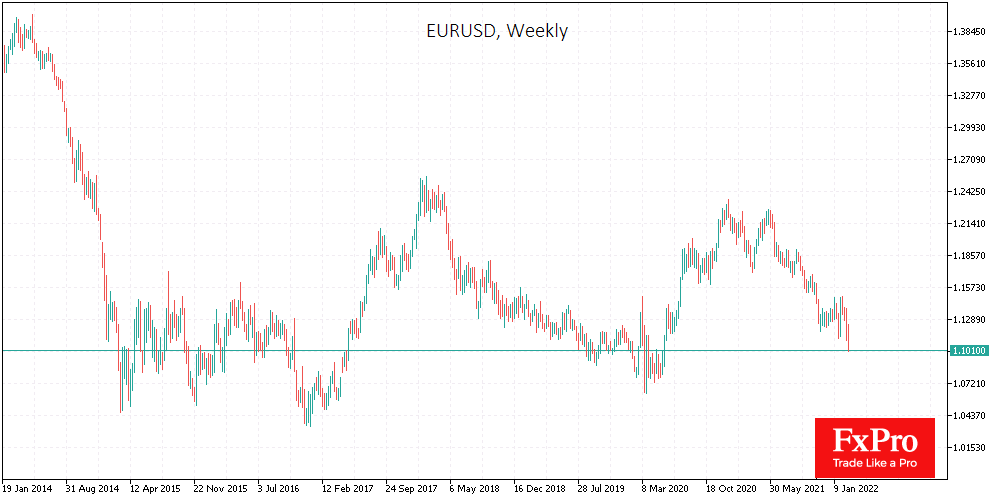 A few observers argue that with the euro approaching parity with the franc, the risks of active interventions or a re-establishment of a strict peg increase. But we believe that it is still not the time for such a move.

The NBS is not facing a downgrade now after the financial crisis. On the contrary, the risks of accelerating inflation are increasing, and the national currency appreciation helps to dampen external inflationary pressures.

Furthermore, the stability of the franc against the dollar indicates that we see a flight away from the euro rather than a general pull towards the franc.