U.S. futures fell early Monday morning as a new stimulus package from Washington headed toward final passage this week. Futures contracts tied to the Dow Jones Industrial Average erased earlier gains of more than 100 points to trade fractionally lower. Those for the S&P 500 were down 0.46%, while those for Nasdaq 100 slipped 170.5 points, or 1.35%, signaling that a recent underperformance by tech stocks may continue on Monday. 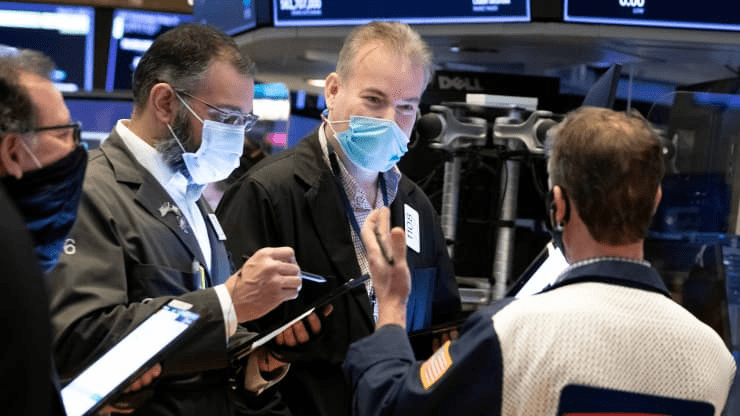 The move in futures came after the Senate passed a $1.9 trillion economic relief and stimulus bill on Saturday, paving the way for extensions to unemployment benefits, another round of stimulus checks and aid to state and local governments. The Democrat-controlled House is expected to pass the bill later this week. President Joe Biden is expected to sign it into law before unemployment aid programs expire on March 14.

The fresh round of government spending could cause ripples in the U.S. Treasury market, where the benchmark 10-year yield has risen sharply in recent weeks. The yield rose as high as 1.62% on Friday after starting the calendar year below the 1% mark. It was trading at roughly 1.59% on Sunday night.

The rapid move in the bond marked has unnerved equity investors as well, contributing to weakness in stocks with high valuations.

On the economic front, investors will get a look at wholesale inventory data from January on Monday. Several economic measures in recent weeks have shown a recovery that is picking up steam, including a better-than-expected February jobs report released on Friday.