Producer inflation continues to accelerate as it reached a 33.5% y/y in April, setting another record for the indicator. Prices added 2.8% last month after jumping 4.9% during March, continuing to gain strength.

Germany is said to have the most substantial fear of inflation of any European country, which is eating into German savings. However, the Bundesbank cannot act alone in tightening policy but can only form a hawkish coalition by bringing the moment of policy tightening closer.

And we see some movement in that direction. Increasingly the consensus of the ECB officials is tilting towards a rate hike of 25 points in July. Furthermore, policymakers have not ruled out a further rate increase by 50 points. 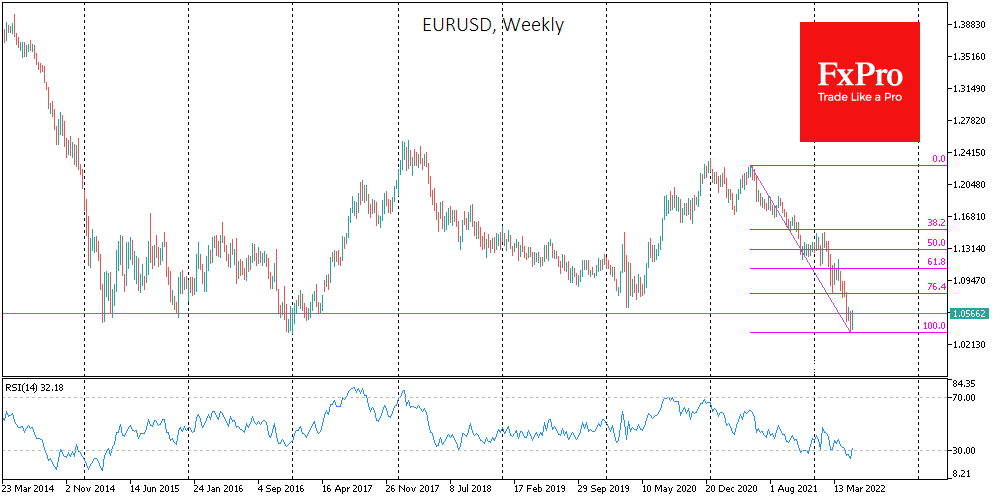 Whilst this ECB stance is softer than that of the Fed and Euro-region inflation is not inferior to that of the USA. There remains a medium-term pressure factor on the Euro against the Dollar. In the short term, however, the Euro is gathering strength after an oversold year of EURUSD declines with brief stoppages.

A rebound in the movement of the last 12 months could correct the EURUSD towards 1.1080, Fibonacci’s 61.8% retracement. However, at 1.08, it might hit the resistance near the previous strong support with the 76.4% retracement level and the 50-day Moving Average.