How Long will Dollar’s Recovery Last?

By Monday morning two independent trends have formed. In the currency market, the dollar continues its rebound, while in the stock market investors are trying to gauge the balance in a mixed bag of economic data across the globe. 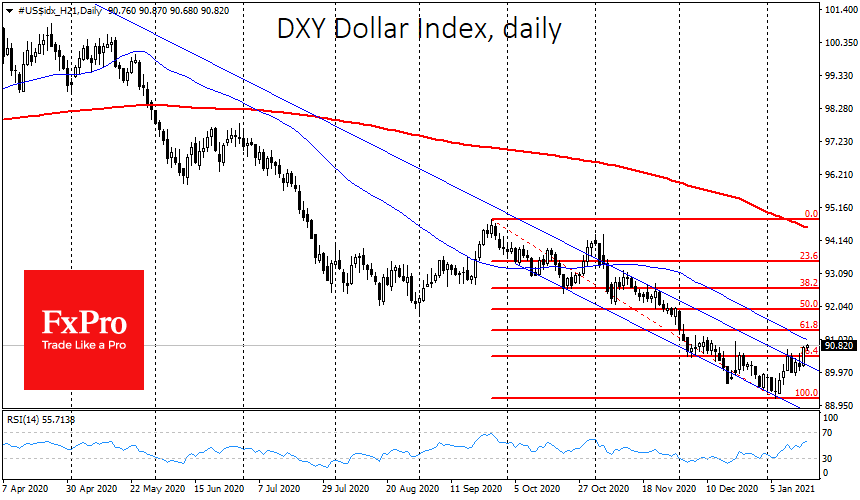 Data from China this morning confirmed the trend also outlined by statistics from Europe and the USA, that retail sales were losing momentum towards the end of the year. In part, this is due to the return of coronavirus restrictions after record-breaking numbers of new cases. In China, despite a 2.3% GDP growth and a 2.8% increase in industrial production over 2020, retail sales declined by 3.9%.

As an engine of China’s economy and an indicator of the health of global demand, industrial production growth pushed up the main stock indices in Hong Kong and Shanghai on Monday morn. Meanwhile, US index futures for major stock indices have stabilised after Friday’s 0.6-0.9% plunge.

However, the currency market seems to be setting itself up for a stronger pullback in the dollar after last year’s slump. The US currency is gaining against both European rivals and Asia-Pacific currencies. 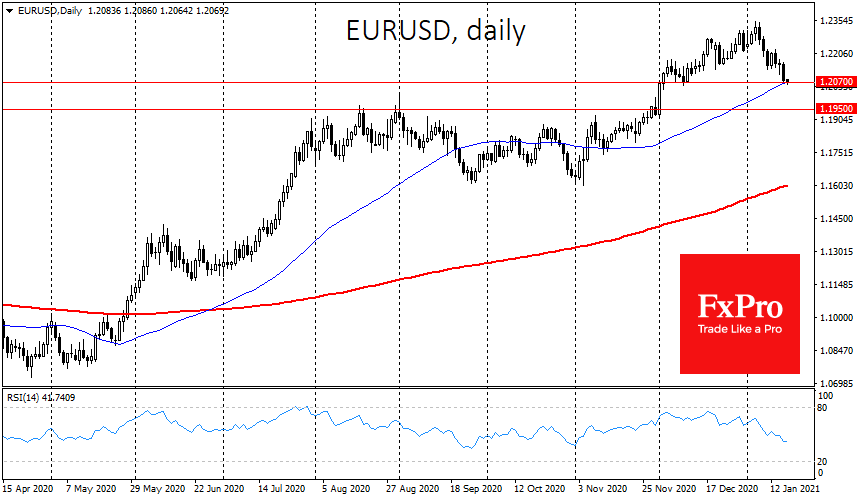 Trading at 90.80, the dollar index is one step away from the nearest resistance area at 91, where the 50-day average also passes. A deeper correction could take the dollar fairly quickly to 91.3, up to 61.8% of the decline from September to January.

An important factor in the Dollar index recovery is the weakness of the Euro. EURUSD is trading at 1.2070, back to the area of the December lows and the 50 SMA. The next support area is 1.1950, a former strong resistance in the pair. On the Euro-bears side is political aggravation in Italy, where the government faces an important parliamentary vote. 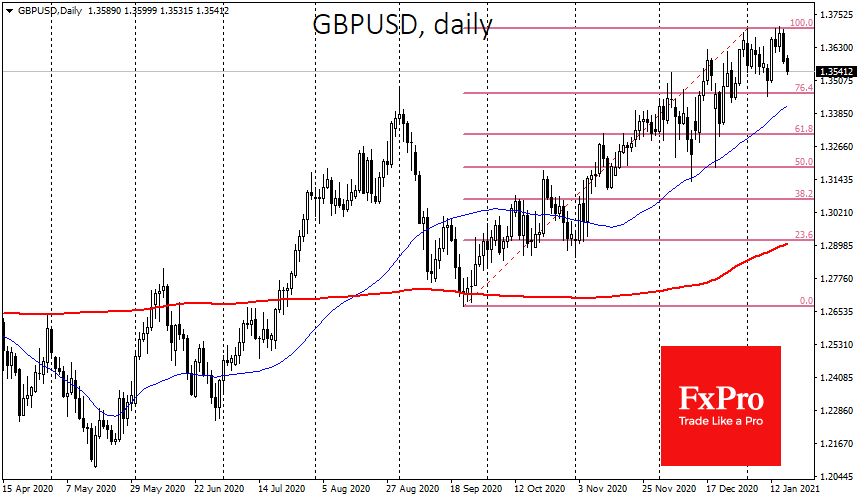 However, the Chinese Yuan has even more potential for reversal. It has been steadily rising since the end of May, and similar retracement targets now appear at the levels 6.53 and 6.59. The US Treasury will raise huge amounts of funds to finance current spending and massive bailout programmes, temporarily sucking capital out of other markets.

This trend could turn against the dollar in the coming weeks in case of increased QE from the Fed. But in the medium term, huge borrowing also plays against the dollar by increasing its supply on the market if it fails to return the USA to outperforming economic growth.