MXN Benefiting from the US’ Ban for Russian Oil

The Mexican dollar has added more than 4% over the last nine days against the US dollar. The upward momentum in this rally is followed by a brief correction but without any noticeable pullback. 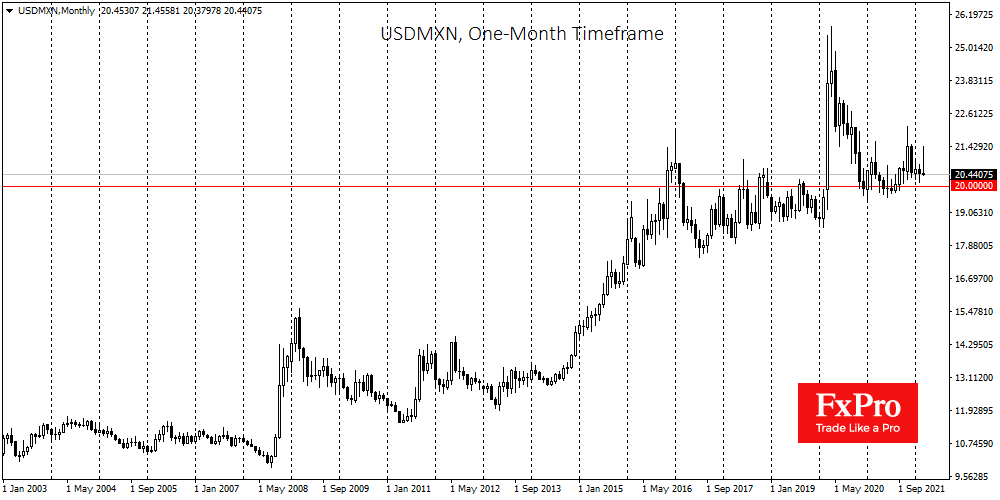 At first glance, this rally does not seem logical, as oil is cheap for most of this time, hurting oil-exporting Mexico.

Nevertheless, in the short term, the MXN has been steadily gaining the following signs of a recovery in demand for risky assets in global markets. Mexico, like the US, finds itself far away from the military conflict in eastern Europe, so the impact on its economy will be much more indirect.

Moreover, in the medium term, Mexico will also benefit from the US’ rejection of oil from Russia. The states need heavier oil than their own WTI. The cocktail needed for refineries used to be made from Venezuelan oil, which was then replaced by Russian crude. Now the replacements will be Canadian and Mexican, which should benefit production levels and support MXN’s strength through higher export revenues.

In the coming days, the USDMXN will head for another test of 20.0. Below this level, the pair could not sustainably consolidate in 2021. If this situation proves sustainable, the Bank of Mexico will have more room to fight inflation through policy tightening without fear of strangling the economy too much. If so, the USDMXN may only be in the middle of its strengthening against the dollar, which could last for several quarters.