New Signs Show that China is Sracking Down on Debt Again

Data for the year so far show signs that China is starting to crack down on debt. A first-quarter survey by the China Beige Book released Thursday found that borrowing by state-owned enterprises dropped to the lowest in the study’s roughly 10-year history. Overall borrowing fell to its lowest in three years, while that of large firms hit a five-year low, the report said. Given ties to the state, the government-linked companies are the “best signal” on authorities’ policy intent, China Beige Book Managing Director Shehzad Qazi said in a note. The company conducts quarterly surveys of businesses in China. Economists note China’s relatively low GDP target of over 6% this year gives policymakers the ability to address problems such as high debt levels, without needing to worry too much about growth. Prior to the coronavirus pandemic last year, China had attempted to curb that debt growth with mixed results. 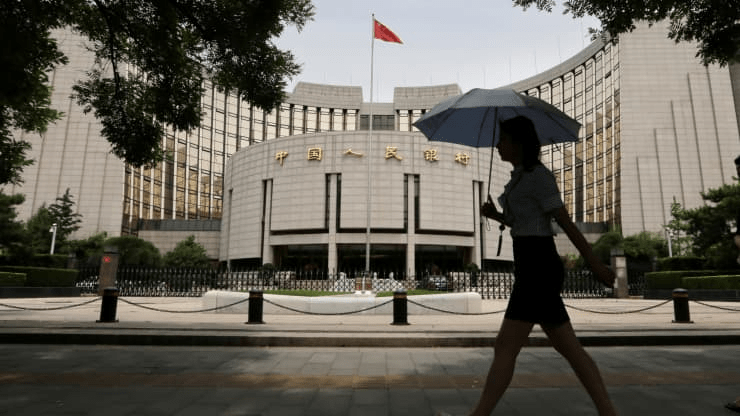 While Qazi noted more quarterly data will be needed to tell whether China has fully gone into “deleveraging” mode again, there are other signs that authorities are trying to control debt. China’s debt-to-GDP ratio rose to 285% as of the end of the third quarter of 2020, up from an average of 251% between 2016 to 2019, according to a report Monday from Allianz, citing analysis from its subsidiary Euler Hermes. Although that debt-to-GDP ratio has not declined, it has stabilized, senior economist Francoise Huang said in a phone interview Tuesday. “Stabilizing is already a good sign and probably one of the targets of the deleveraging campaign from Chinese policymakers.” On a year-to-date, year-on-year basis, aggregate financing to the real economy grew by 44.39% in October but fell off since then, according to data from Wind Information. The figure showed an increase of 16.19% in February. Chinese regulators have warned in the last several weeks about financial risks, particularly in stocks and the property market. Premier Li Keqiang said earlier this month in an annual report on the economy that China has recovered sufficiently from the coronavirus pandemic and no related bond issuance is planned.

One concern of this pullback in support is that banks may not be as eager to lend to smaller, privately-run businesses as they were during the pandemic, when Beijing specifically encouraged such lending. China’s major banks are state-owned and prefer to work with state-owned enterprises rather than riskier privately run companies. But the private sector contributes to the majority of jobs and growth in China.