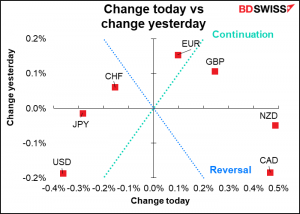 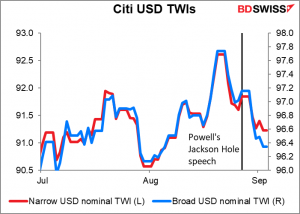 Risk appetite has come back as fears about the delta variant are apparently fading. This is kind of strange in my book, given that the World Health Organization (WHO) Tuesday said it was monitoring a new variant from Colombia, the “mu variant,” as a “variant of interest,” saying it has mutations that indicate a risk of resistance to vaccines. Nonetheless, reopening hopes have been reawakened, as demonstrated by the outperformance of the MSCI World Hotels, Restaurants & Leisure index recently, which coincides nicely with the upturn in the “risk barometer” AUD/JPY. 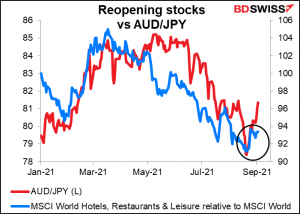 The virus does seem to be fading from market’s attention, or at least the fear of the virus seems to hold the market in its grip for shorter and shorter periods each time. The Daily Infectious Disease Equity Market Volatility Tracker, an index of newspaper articles about the equity market that also talk about the pandemic, has been falling steadily for some time. This indicates that people are less concerned about the course of the pandemic and perhaps more concerned about the course of the recovery. 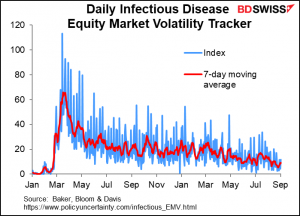 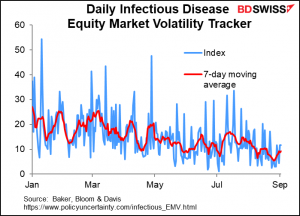 NZD was the big gainer of the day. Since June it’s traded in a narrow range between 0.69-0.71, but it’s finally poked its nose out of the top of that range. AUD/NZD also remains on a downtrend. One reason may have been an indicator out on Wednesday that I don’t usually cover – the New Zealand terms of trade index. It was up 3.3% qoq, much higher than the expected 0.3%. With the index back up at its record high, it wouldn’t be surprising to see NZD appreciating further, especially given the divergent policies of the Reserve Bank of New Zealand (RBNZ) and the Reserve Bank of Australia (RBA). 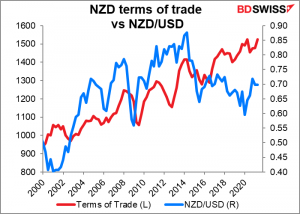 Also the composition of the index was significant. Export prices rose a strong 8.3% qoq, which is of course good for the currency. At the same time, import prices were up a sharp 4.8% too, including a 6.3% rise in the price of imported consumer goods. That presents the RBNZ with an upside threat to inflation. 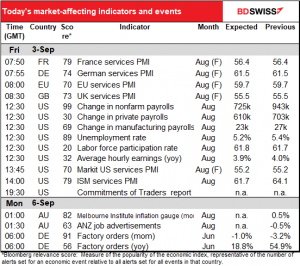 Lots on the schedule today!

The main thing, the chief attraction, the centerpiece, the focal point, is of course the monthly US nonfarm payrolls (NFP).

The market is looking for an increase of 725k jobs. That would show continued progress towards the Fed’s goal of full employment, but it wouldn’t be there yet. Nonetheless, the bar for delaying tapering is probably pretty high for the Fed now, so unless the figure is shockingly low in August and September they will still probably announce the start this year.

The Bloomberg “whisper” is 701k. Bloomberg allows anyone who has a terminal to vote on what they think the figure will be. It gives a sense of what the average person in the financial world expects, vs what the economists think. In this case, it indicates that people are braced for a figure below expectations, probably because of the surprisingly low level of Wednesday’s ADP report. Note that when they started taking votes for this figure in early August, initially it was over 1mn, but it’s come down steadily since then. 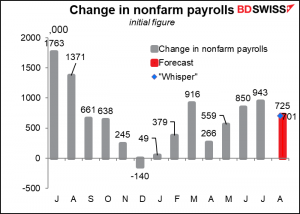 A drop in the unemployment rate and a rise in the participation rate are also important because Fed Chair Powell wants to see a “broad and inclusive” improvement in the labor market. 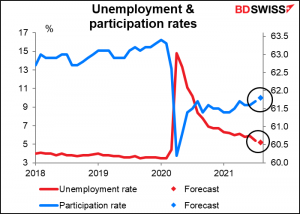 Average hourly earnings meanwhile are expected to rise at a slower mom pace than last month. The expected annual rate of increase, 3.9%, is far below the 5.4% yoy rate of inflation. This means there’s no risk of a wage-price spiral that might force the Fed to tighten policy at a faster pace than it planned. If anything it means it can afford to let the economy run “hotter” than it would otherwise. I get the feeling that they wouldn’t mind if workers made up some ground as they’re worried about growing inequality in the US. 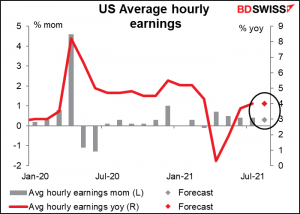 What’s the longer-lasting impact of the NFP? Recently, when the figure has beaten expectations then EUR/USD has tended to decline (ie USD has strengthened) over the following week. That stands to reason. The average (red line) would probably show that effect much more if it weren’t for March of this year, an odd outlier when the NFP was way overestimate but EUR/USD rose nonetheless. 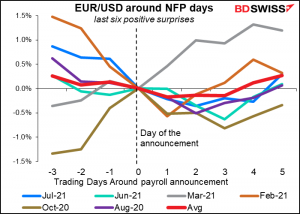 In cases of a negative surprise (ie below estimates), results are mixed: twice USD appreciated anyway, twice it depreciated, and twice it didn’t do much of anything.
It’s worth noting that over the last several years, the August employment report has missed the consensus forecast. It missed in four of the last five years. Of course “past performance is no guarantee of future performance” but then again “forewarned is forearmed.” This year the figure is perhaps more unpredictable than usual because of the hiring for schools that usually occurs this month. It may be more erratic than usual – I’m not sure whether that means more people or fewer people hired. 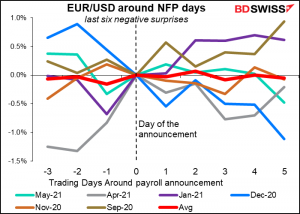 Aside from the NFP, we also get the service sector purchasing managers’ indices (PMIs), once again the final ones for the major economies and the first and only versions for all the other countries. These used to play second fiddle to the manufacturing PMIs, which are much more cyclical, but ever since the pandemic hit the service sector harder than manufacturing these have been the stars of the show.

The preliminary figures showed the US, EU, and UK all in strong expansion still, although all down from the previous month (the US and UK especially). Japa remains the outlier as they haven’t yet recovered to the 50 line yet. 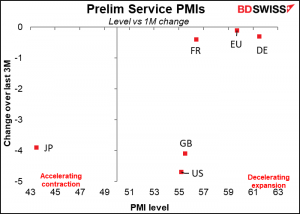 For the Institute of Supply Management (ISM) version of this index, the market is looking for a decline but for it to remain slightly above the Markit version (61.7 vs 55.2). 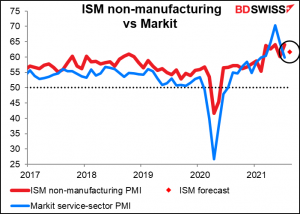 Attention will focus as usual on the employment PMI, seeing as most of the people in the US are employed in the service sector. If people are worried about catching the virus and are once again staying home more, that’s going to hit service-sector employment. Note that the employment component of Wednesday’s ISM manufacturing PMI fell into contractionary territory (49.0). 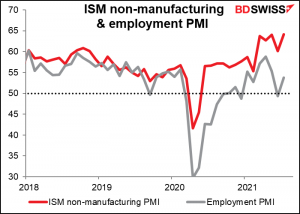 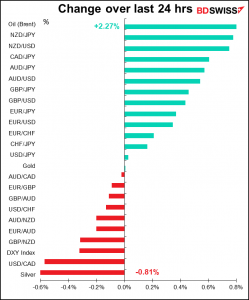