Shipping carriers rejected U.S. agricultural export containers worth hundreds of millions of dollars during October and November, instead sending empty containers to China to be filled with more profitable Chinese exports, a CNBC investigation found. The Federal Maritime Commission has received petitions from U.S. agricultural exporters warning that the delays in trade not only threaten profits but the reputation of the industry. 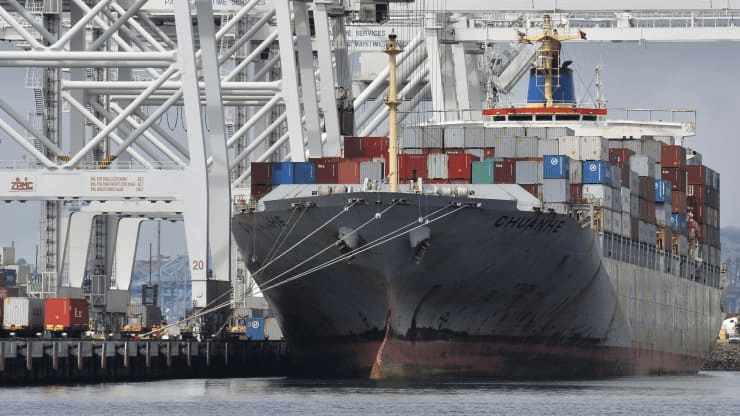 The commission, in turn, launched an investigation and is reviewing the trade data out of key ports in California, New York and New Jersey to see whether the carriers’ refusal to load U.S. export cargo was a violation of the Shipping Act. The act makes it unlawful for carriers to “unreasonably refuse to deal or negotiate,” “boycott or take any other concerted action resulting in an unreasonable refusal to deal,” or “engage in conduct that unreasonably restricts the use of intermodal services.”

The export container refusals came as U.S. agriculture exports were entering their peak season. While the exports run continuously for 12 months, the months of November through March are critical because they follow the harvest of the crops. Based on the orders completed during this window, agriculture producers have more clarity in planning for the upcoming harvest. During the winter months, farmers and producers meet with banks to secure funds for the next cycle.

According to port trade data, the total export container deficit for the ports of Long Beach and Los Angeles was 136,392 TEUs. An estimated 41,546 TEUs were denied out of the Port of New York and New Jersey. The total value lost export trade from those ports is $632 million.

To calculate the value in the potential lost trade as a result of the rejection of agricultural exports, CNBC used the Port of Los Angeles containerized agricultural export price for soybeans/oilseeds/grains, which can be found on the U.S. Census, USA Trade Online site. The value of this export is $3,552 a TEU. That tally was calculated by taking the difference between the actual empty exports in 2020 vs. the 2019 share of export empties.

“These estimated TEUs are the empty exports that should have been filled in 2020,” said John Martin, manager of the economic and transportation consulting firm Martin Associates, who verified CNBC’s findings. “This formula shows you the increased ratio of empty export containers to total exports. This data suggests particularly the Los Angeles, Long Beach argument that empty export containers were being moved as quickly possible, leaving U.S. export cargo on the docks.”