US markets closed a second consecutive day with an impressive gain of more than 1%. The price of a barrel of Brent on Thursday returned to an area of yearly highs near $77. However, investors and traders should be aware that some shifts are already taking place in the markets, which will affect a broader range of assets sooner rather than later. 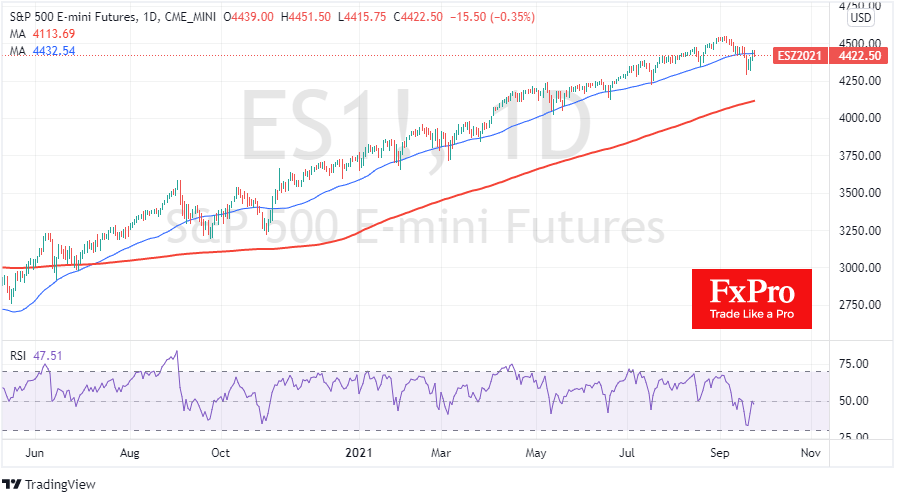 S&P500 tests the 50-day average again, this time from the downside

We should note the daily jump in 10-year US treasury yields from 1.3% to 1.44%, the sharpest one-day increase since February. It confirms that for the “smart money”, often called US debt markets, the latest Fed comments was more hawkish than they had expected. At the start of the year, the rise in bond yields triggered revaluation in equity markets, supporting value stocks against growth stocks and making financing more expensive. 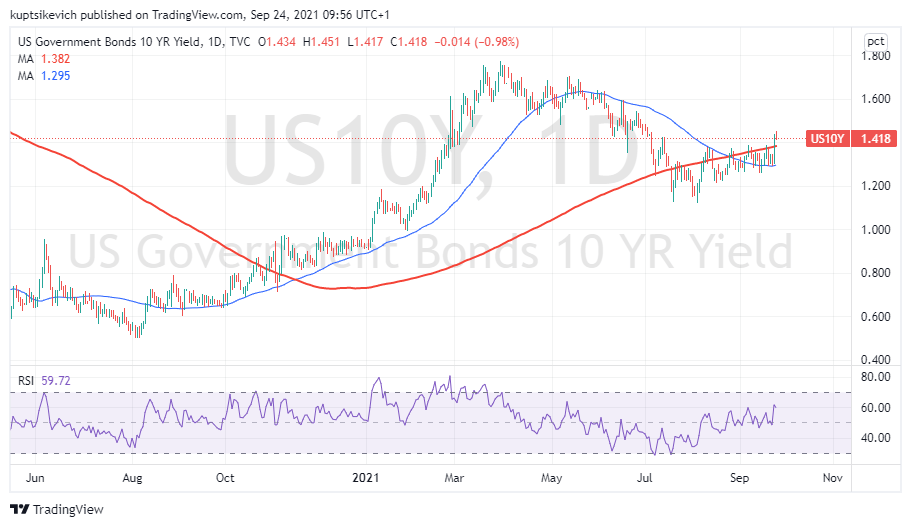 The sharp jump in US 10-years yields sets up caution

The weakness in the precious metals market is also worrisome. Towards the end of the US session, the price of gold dipped to a six-week low of $1737 as rising bond yields around the world made investing in the yellow metal less attractive. With the start of trading in Asia, gold returned to above $1750. Closing the week below that level promises to be a bearish signal. Apart from the Fed, quite a few countries are moving towards policy tightening. 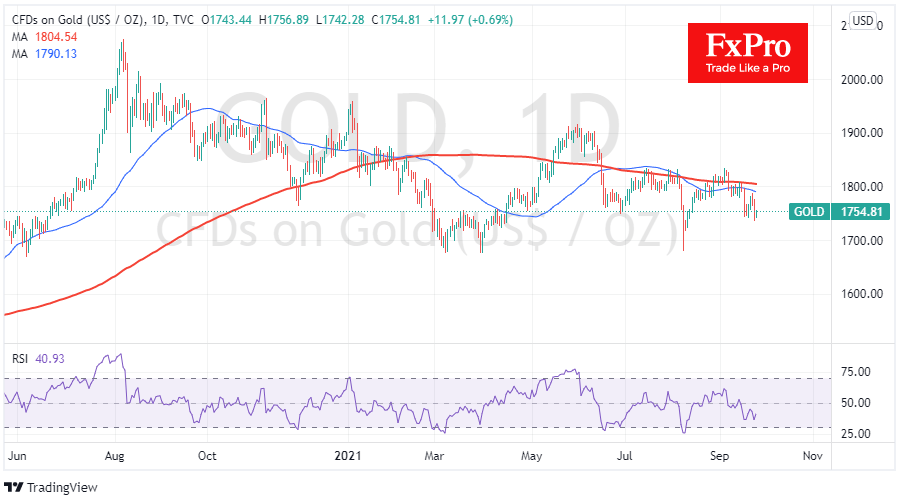 Gold still fighting for support at $1750

In addition, the problems of Chinese property developer Evergrande are by no means solved. The People’s Bank of China is intervening heavily in the money market. However, this only temporarily gives more money than solves the giant company’s impending default, influencing yields far beyond the sector or the PRC.

On the currency market, we have not yet seen a significant strengthening of demand for the dollar. Moreover, it has given up somewhat against commodity currencies in recent days. However, it needs to remember that a sustained rise in yields at some point translates into USD growth. In February, the pressure on equities intensified at yields above 1.2%, and the demand for the dollar against major competitors showed up at levels above 1.3%. The market has already passed both these points. 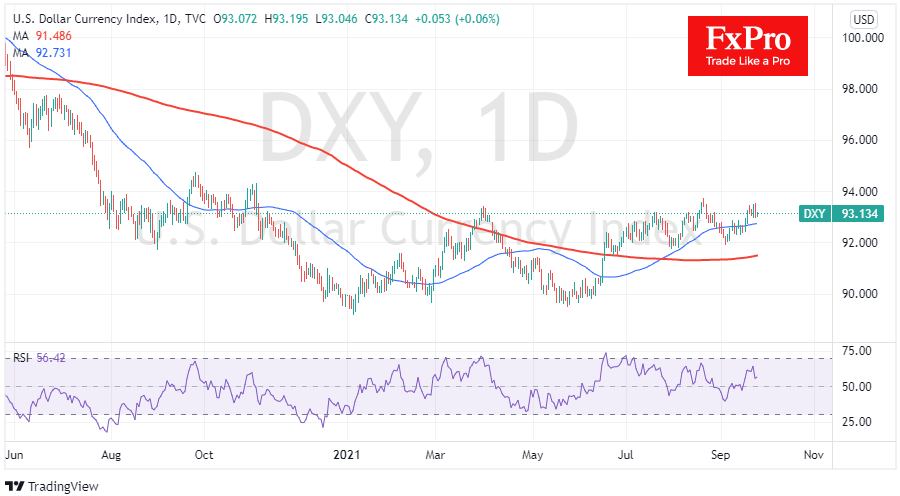 The dollar index has pulled back, but is still close to highs

The S&P500 is trading at its 50-day moving average. Closing the week above this level will signal the bulls to push the market back to the highs. A decline from these levels would indicate a depletion of the rebound and a further reduction in demand for risky assets. For the Dollar Index, a consolidation above 93.50, the top end of the trading range since last November, would be significant. For the gold bulls, it is crucial to maintain the price above $1750 at the end of the week.