The Brazilian Market has not yet Reached its Bottom

The Brazilian stock market developed its decline last week, losing 2.6%, closing at lows since mid-November last year. Since June this year, the Brazilian market has remained under sustained pressure, following a reversal in metal prices. In that time, the Bovespa has lost more than 20% of its peak, flirting with the Bear Market territory. 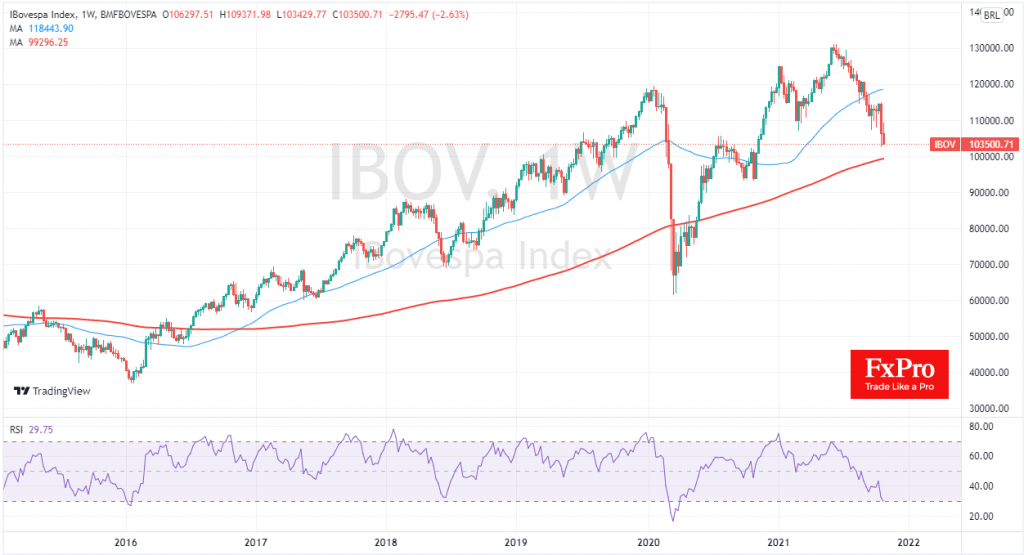 From the tech analysis side, the Brazilian market looks oversold on the daily charts, i.e. potentially attractive for buying in anticipation of a rebound. But it might be a false start, as there are some important tests ahead, both on the fundamental news and technical analysis side.

Fundamentally, investors should pay attention to the continuing fall in metal and coal prices, as well as the strength of the American Dollar. The latter’s appreciation is often accompanied by a massive sell-off in commodities and high-yielding currencies, with Brazil in both of these lists. A softening of selling is only to be expected if investors welcome the Fed’s comments or Friday’s US jobs report with optimism.

The Bovespa is now on the way to the 200-week moving average, which coincides with the psychologically important 100,000 level. If a fall below those levels attracts mass buyers, it could be the beginning of a prolonged bull rally and keep the Bovespa index out of the bear market phase. If there is no support in that area either, the sell-off in Brazilian equities and currencies might accelerate, taking the index to the 93,000 area in a couple of weeks.