Financial markets rebounded on Thursday after crucial US indices fell about 1% a day earlier. The Nasdaq 100 index closed 1.3% lower and moved into a correction phase, completing more than 10% below the peak. However, this is still a formal movement, and the primary battle between the bulls and the bears awaits us. 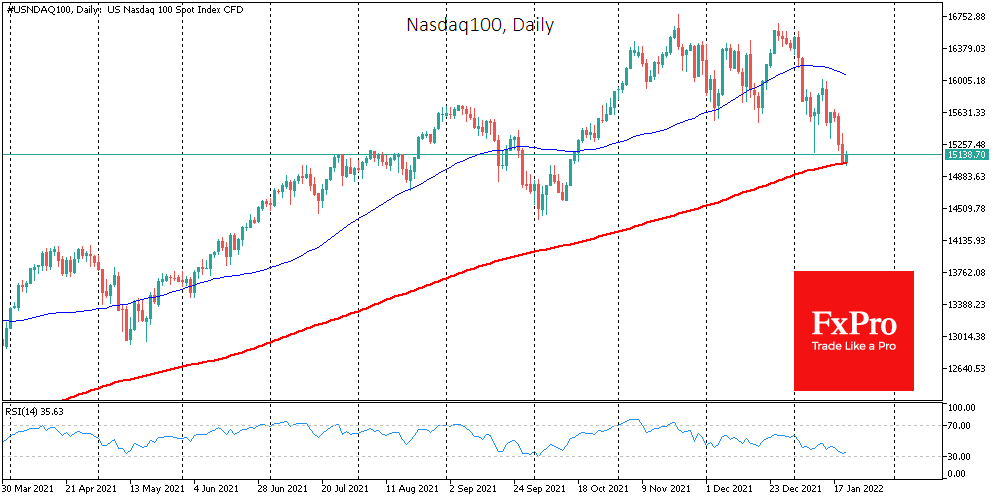 The declines in the index have stopped close to the 200 SMA. Over the last six years, there have only been four episodes of sustained dips below that line. In all cases, the bold move below this line has been characterized by an acceleration in sell-off. However, it is also important to note that the initial touch of the level was followed by a rather impressive upward jump.

The tech analysis indicates that a pullback from the 200-day average usually determines the trend for the following days. If we fall below that line by about 1%, we risk seeing an acceleration of the sell-off in the stock. The opposite is also true: strong buying from this level promises to be the starting point for a strong recovery.

This morning the Bank of China was on the side of the bulls as it again cut the annual and 5-year lending rates for banks. This caused a surge in the Chinese market, where the major indices have gained 1.8-3.8% since the start of the day. But this did little to help US indices. The Nasdaq100 futures jumped about 0.9% on the news from China but have already given up 2/3 of that increase. A threatening signal of the strength of the sell-off.

Additionally, the round level of 15000 looks psychologically essential, which further increases the importance of the 200 SMA and the 10% pullback from the peak (correction boundary). 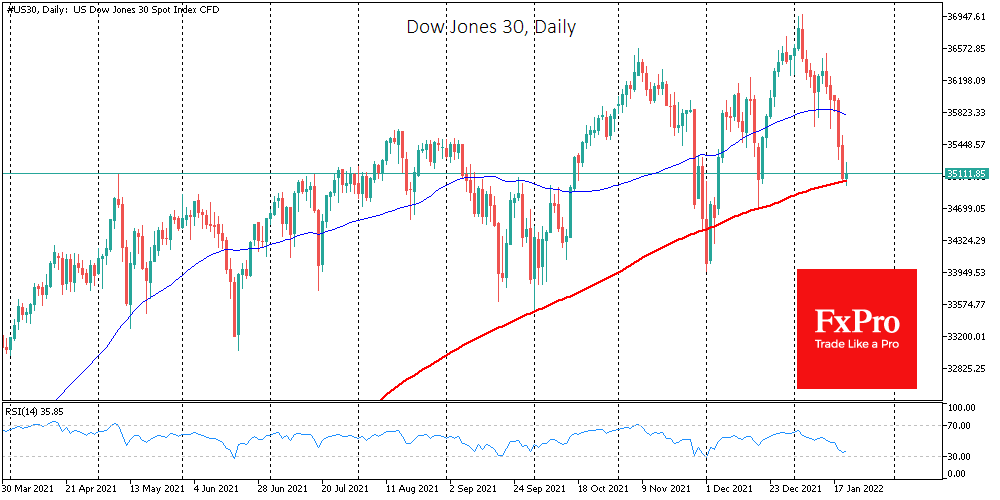 The situation in the Dow Jones is similar in many respects and indicates that a decoupling of the current situation is essential. The index is losing about 5% from the peak, testing the 200 SMA and close to the round mark of 35000.