US Bond Market may Decide Dollar Fortune this Week

US 10-year bond yields fell last week, retreating from the 3.2% mark. This is one of the most critical levels of the debt market during the previous ten years, so investors and traders should pay increased attention to further developments. 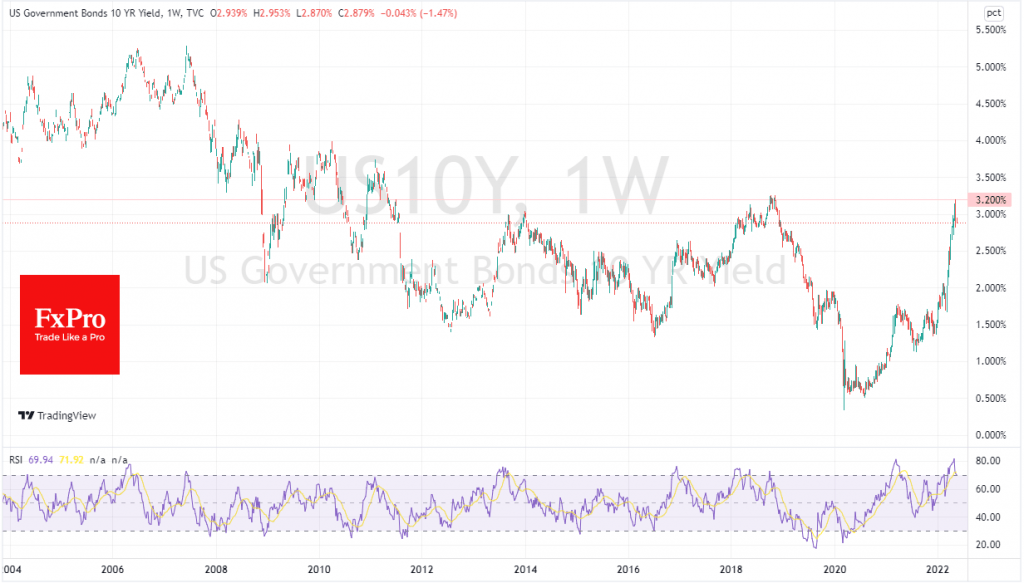 10-year yields have reversed to the downside near the 3.2% level five times since mid-2011, asserting an era of ultra-low interest rates. The last time was in 2018.

Both then and now, attempts by the debt market to consolidate at current yield levels have caused stock market turbulence and notably strengthened the dollar against its major peers.

At the end of last week, yields fell from that height. This week it remains to be seen whether we have seen a trend reversal or only temporary market fluctuations near past significant levels.

A renewed rise in yields of 10-year US government bonds could be the trigger for an even more furious flight out of risky assets, rushing capital into the dollar.