USD Up as Retail Sales Beat Expectations; U of M survey 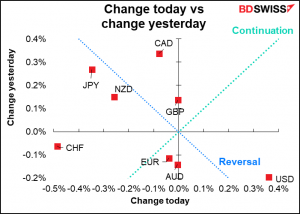 Yesterday’s US retail sales figure was much stronger than expected, increasing the risk that the Fed might announce something concrete about tapering next week when the rate-setting Federal Open Market Committee (FOMC) meets on Wednesday. The headling figure was up 0.7% mom vs -0.7% expected. Excluding autos it was 1.8% mom vs -0.4% expected (although the previous months’ figures were revised down, so the figures weren’t really as strong as they looked).

The rest of the US data was mixed. The Philadelphia Fed business sentiment index rose to 30.7 from 19.4, much higher than the 19.0 expected. This follows a similar jump in the Empire State index earlier in the week, implying that manufacturing in the US is going well. On the other hand, initial jobless claims rose to 332k from 310k (revised up to 312k), above the consensus estimate of 322k. The rise in initial jobless claims this week is particularly unfortunate, as this is the week when the Bureau of Labor Statistics carries out its monthly survey for the employment data, including the nonfarm payrolls. A rise in jobless claims suggests a week NFP figure. 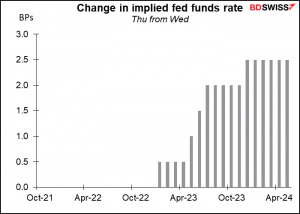 Ten-year Treasury yields rose 3.9 bps. But inflation expectations were up only 1 bp, meaning US real yields rose 2.9 bps. That rise in real yields underpinned the dollar. 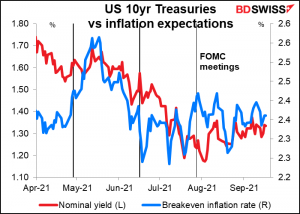 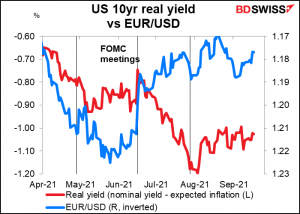 It seems to be the rise in real US yields, rather than any notable risk-on sentiment, that pushed down CHF and JPY.

NZD was lower despite blow-out GDP figures for Q2: 2.8% qoq vs 1.1% qoq expected, probably because the lockdown came in Q3 and so Q2’s figures don’t say much about what Q3 will be.

Not much on the schedule for today.

The main event is already over: UK retail sales. They were worse than expected across the board. Those higher wage settlements in Britain don’t seem to be feeding through to higher demand.

The only other major indicator out today is the University of Michigan consumer sentiment index. It plunged recently but is expected to recover a bit this month. 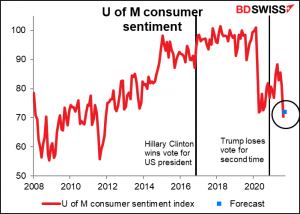 One-year inflation expectations in the survey are expected to move up one tick. 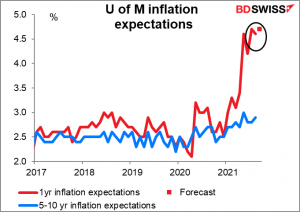 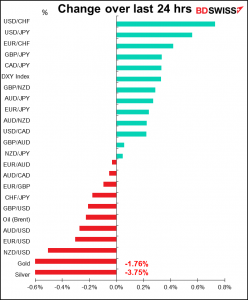