Wheat futures on the US CBOT are trading above $12.09 per bushel, more than 40% surge over the week and 85% over the year. The current price is an area of historical extremes. The world hasn’t seen wheat more expensive than $10 in modern history, except for brief spikes in February and March 2008. Back then, a bad harvest, strong demand growth in developing countries and ample liquidity in developed countries contributed to the surge. 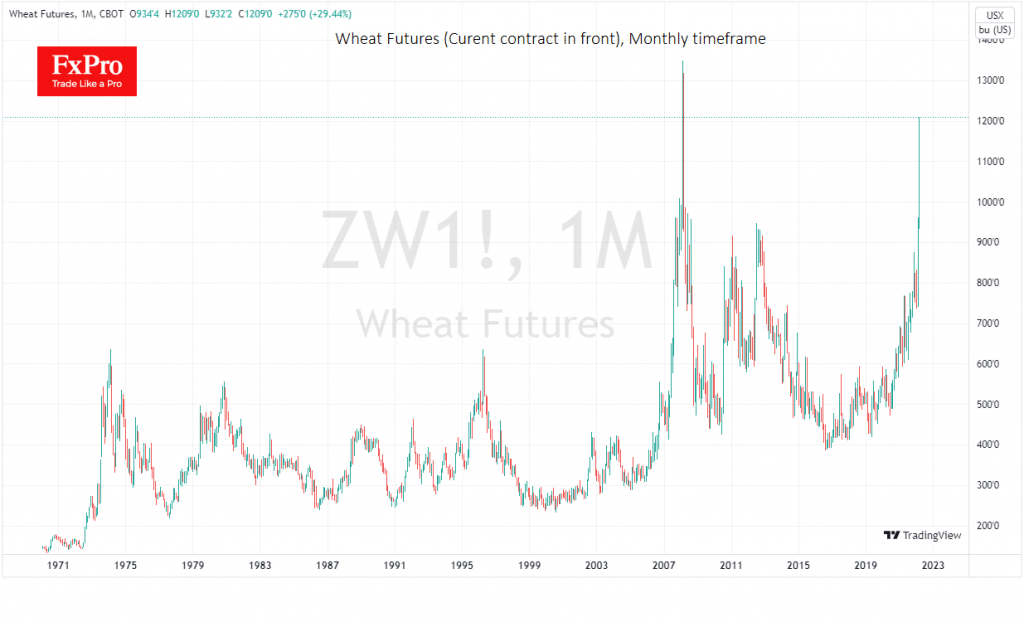 Now prices are being pushed up by an armed conflict between two countries that account for more than a quarter of global wheat exports. The problem is exacerbated by the fact that many ports in the Azov and Black Seas are closed, insurance and transportation costs in the region are off the charts, and some vessels refuse routes in that direction. 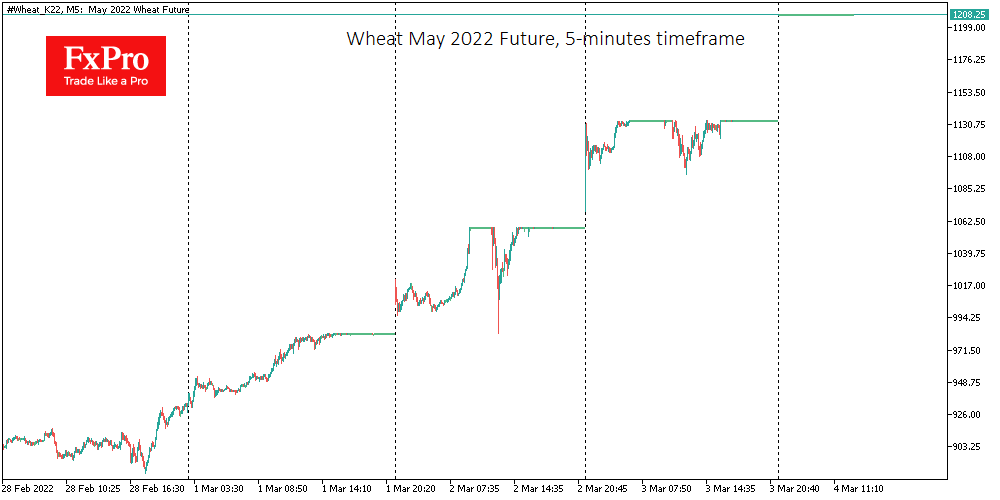 As a result, wheat prices are at the upper limit allowed by the exchange ($0.75 from the previous day’s closing price). It is easy to see how speculative demand increases by how quickly the price reaches the upper limit: yesterday, it took three and a half hours to get the upper limit; today, it has already been achieved with the first tick.

It is difficult to predict where the price is expected to peak. The 2008 peak is at $13.17, which is 9% higher than the current price and could be crossed as early as Monday. Without a quick return to normal (roughly three times lower than now), an inflationary catastrophe will gather momentum, most severely affecting low-income people and destabilising the global economy.