Yuan could Fall below 7.10 per Dollar in the next Two Months

The yuan has been losing 1.6% in the past two days amid fears of an economic slowdown. This is a solid move compared to how unexpected the bad news was. In our opinion, the appreciation of the last two days should be seen as a continuation of the trend that started at the beginning of April. 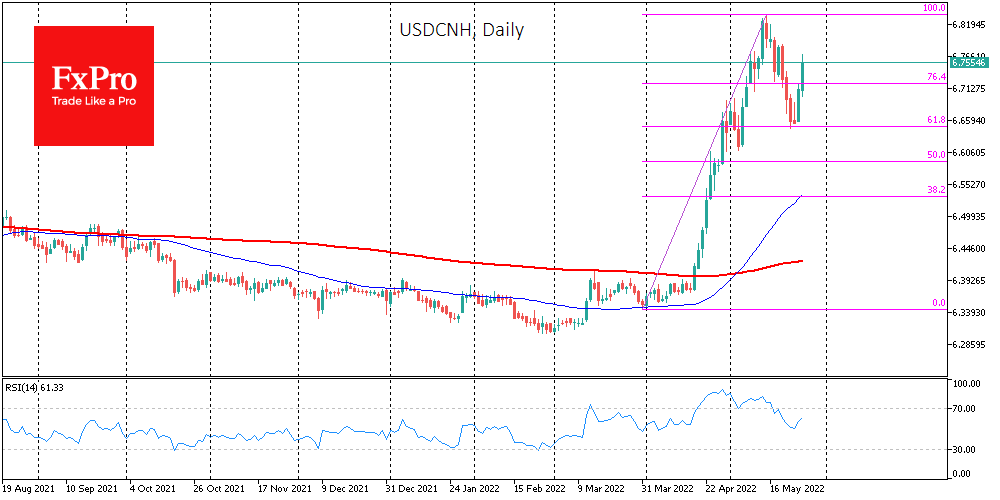 At that time, the renminbi definitively went against the current and succumbed to the Dollar’s general appreciation, and this weakening accelerated sharply at the end of April. The renminbi recovered some losses from May 12th to 24th, but it was just a recharge for yuan bears.

The depth of the retreat in the USDCNH coincided with a classic Fibonacci retracement of 61.8% of the initial move.

China’s slowdown leads to a loosening of monetary policy, and Xi Jinping’s worrying comments set up markets that could see more economic measures in the coming days or weeks. This is especially important for the Chinese leader as 2022 is an election year, and the authorities will therefore try to create as favourable a macroeconomic backdrop as possible. 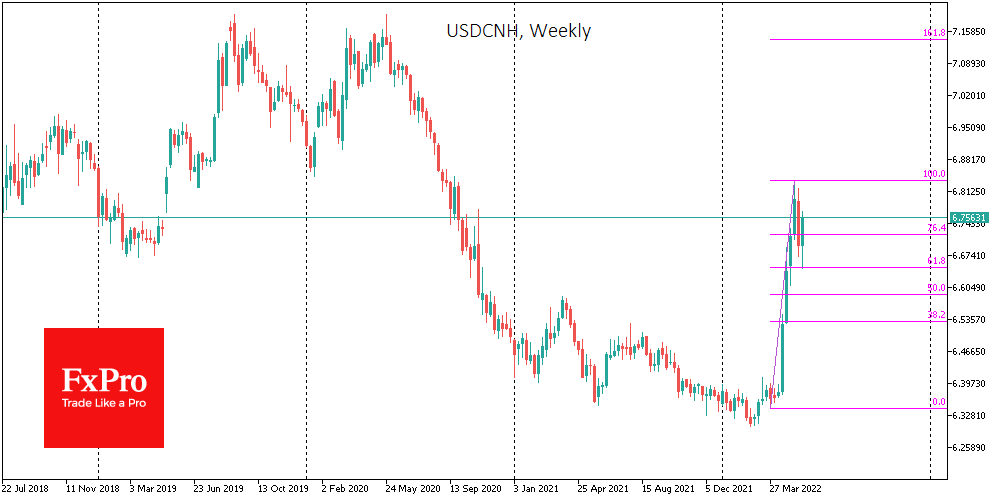 A weaker CNY could give the Chinese economy a helping hand to boost exports. In addition, the fact that monetary policy in China and the US is heading in opposite directions leads to a weaker renminbi.

According to the technical analysis, the USDCNH could now target levels around 7.15 – the highs for 2019 and 2020 – where the 161.8% level of the move mentioned above also passes and where the renminbi could reach mid-July.