We raise Chancy Deposit prize pool to $3,000 in September 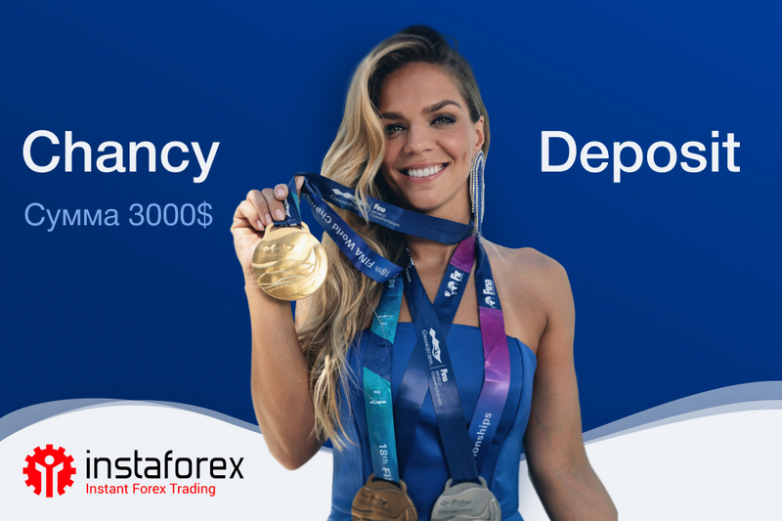 Haveyou heard that Olympic Champion Yuliya Efimova has become a newInstaForex brand ambassador? This is a momentous event for our teamand we would like to celebrate it with you. Being six-time WorldChampion, seven-time European Champion, and three-time Olympicmedalist, Yuliya is a living legend. Collaboration with such aneminent athlete is super important for our company.

Yuliya'svictories are so inspiring that we have decided to do somethingspecial in her honor. And what could be more special than to pleaseour dear clients? Let’s celebrate this big event together! We raisethe prize pool of the ChancyDeposit campaignto $3,000 in September.

Therules remain the same:topup your trading accountwithat least $3,000 and get a chance to win as much. Hurry up to join thecampaign as the time of the promotion is limited. Do not postponeyour participation until later. Yuliya and InstaForex are rooting foryou!