Full Steam ahead for the Dollar

The currency market has gone a little crazy. Key currency pairs with the dollar have reached significant round levels, attracting attention, and the extent of US currency appreciation continues to pick up speed. 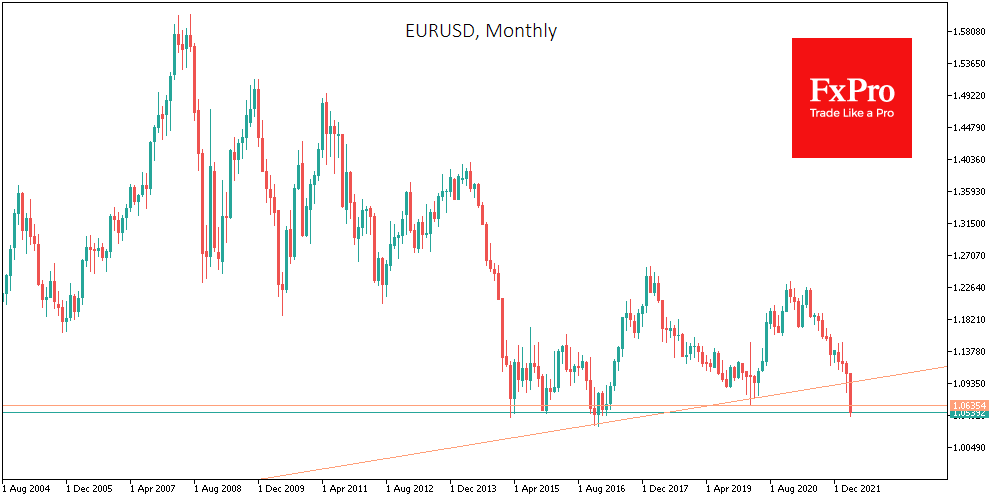 EURUSD on Thursday morning fell to 1.05, the last intermediate round level before parity. However, the 1.06 that the bears took yesterday is more important from a historical perspective. The current currency market dynamics look like a final capitulation of the bulls on the euro.

GBPUSD has fallen back to 1.25, taking back more than 60% of the amplitude of the pandemic rise. This is also a crucial intermediate stage before the last defensive line at 1.2000, which has repeatedly stopped the sellers’ onslaught over the previous six years. 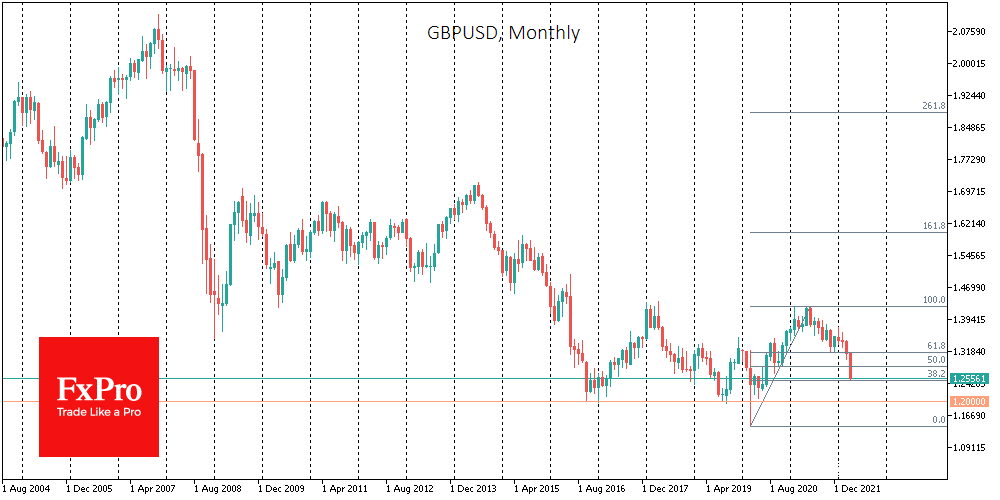 The USDJPY has taken another round figure, breaking 130 on Thursday morning. The last time the yen was this cheap was in April 2002.

The dollar index shows the sharpest increase since the beginning of the week in more than two years. Last time we saw such dollar performance was in a mix with a crash in the stock markets and an all-out flight into short-term US government bonds.

But now we see the opposite, with stock indices gaining for the second day in a row, finding support near last month’s lows. We are not catching a flight to the ‘defensive dollar’ but rather an interest in a ‘strong dollar economy’.

Interest in the US currency is growing out of a combination of confidence in a sharp Fed rate hike in the coming months (which other countries’ peers will not be able to do) and a continued macroeconomic solid performance at the same time. The second hypothesis is likely to be put to a severe test in the coming weeks, but right now, it is a thesis that is working for the USD. 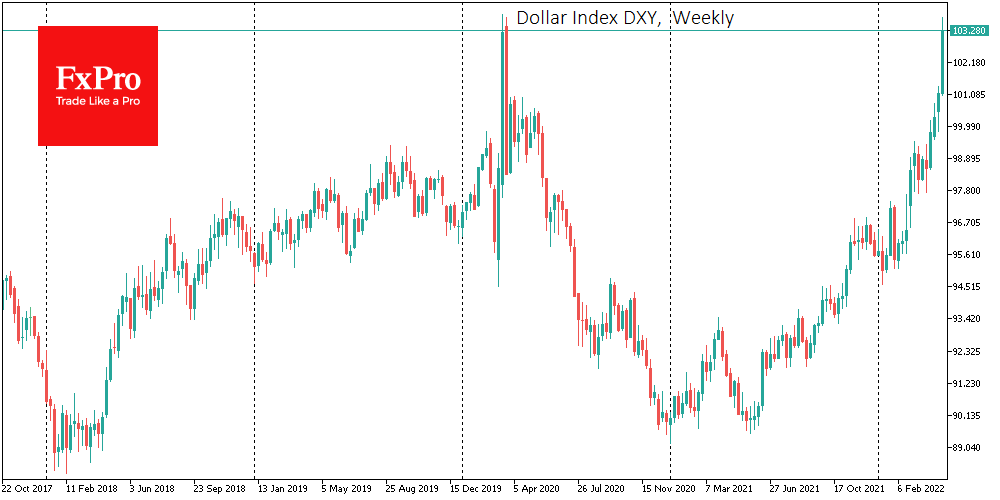 Perhaps the only thing that can restrain dollar buyers now is the Fed, but the American Central Bank has already started a week of silence before the next FOMC meeting. Therefore, we will not know how the FOMC will react to a strong dollar until next Wednesday.

There are hopes that the Fed will ease expectations of a key rate hike in the coming months because a sharp rate hike may come as an economic shock and could be a spoke in the wheels of an economy that is moving at full throttle.

At the same time, it is unlikely that strengthening the US currency will alarm the regulator as it helps to bring down inflationary pressures and inflation expectations, which is the number one target for monetary policy right now.