EURUSD: dollar firms across the board

On Friday, the EURUSD pair experienced losses, down 0.41% to 1.2219. The decline picked up momentum during the North American session after the December non-farm payrolls report came out. The euro first retraced to its intraday high at 1.2285 and then started to close long positions ahead of the weekend. The single currency dropped to 1.2193 by the close.

Friday's employment report unveiled a loss of 140,000 jobs in December. This was the first decline in eight months, well below the median consensus, which called for an increase of 71,000. The unemployment rate remained at 6.7%. Upward net revisions for the previous two months totaled 135,000 jobs. Average hourly earnings increased to 0.8% MoM vs. a projected 0.2%.

The dollar appreciated on the back of rising 10-year bond yields. Over the past week, yield climbed 3.6% to 1.12%. The federal budget deficit ballons due to an upward spike in yields. The Federal Reserve will most certainly not be pleased by this, since the regulator has no plans to raise rates. 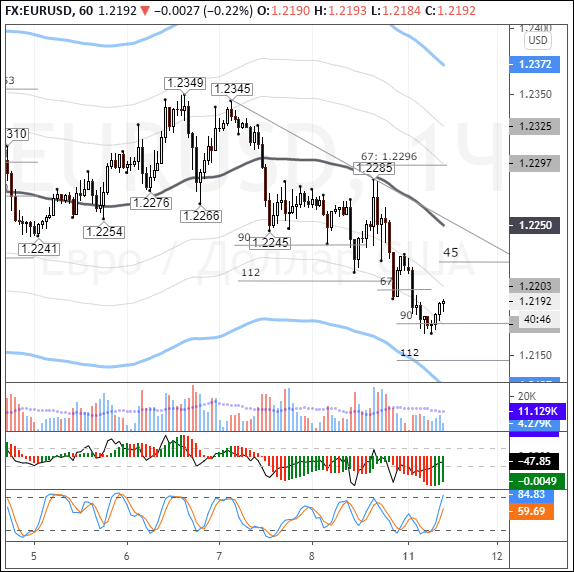 The US dollar has been trending higher against all major currencies in Asian trading on Monday, January 11. The Australian dollar and New Zealand dollar have seen the steepest losses so far. The greenback has been on the front foot amid risk aversion sparked by news about the impeachment of outgoing president Donald Trump and a potentially explosive shift in US policy towards Taiwan.

Today, House Democrats will try to pass a resolution asking VP Mike Pence and the Cabinet to invoke the 25th Amendment of the US Constitution and “declare the President incapable of executing the duties of his office”. If the resolution does not pass, an impeachment vote will be held on Tuesday. The Dems currently control both houses of Congress.

Tensions could flare up between the US and China over Taiwan as the US ambassador is scheduled to meet with Taiwan’s President on Thursday. China recognizes Taiwan as an integral part of the country and believes that the United States should not interfere in the affairs of other states. US Secretary of State Mike Pompeo said that "Taiwan is not part of China."

By the time of writing, the euro slipped to 1.2167, with geopolitics coming to the fore. The market has been in correction mode for the last two hours. EURUSD is currently trading at 1.2189. In my view, the pair could see an upward correction to 1.2222 (45-degree Gann angle). Christine Lagarde is scheduled to speak at 14:40 GMT. Her remarks could also exert an impact on euro crosses.