EURUSD: euro could trade up ahead of BoE meeting

The EURUSD pair posted mild losses on Wednesday, February 3, dipping 0.07% to 1.2035. The euro was moving on a downward trajectory before the North American session but the price action recovered to 1.2036 by the close.

Market participants brushed off better than expected ADP private payrolls in January and the ISM services index, which reached nearly a two-year high at 58.7 vs. the median consensus that called for 56.8. The ADP report showed that private payrolls jumped by 174,000 in January, while analysts expected 49,000. 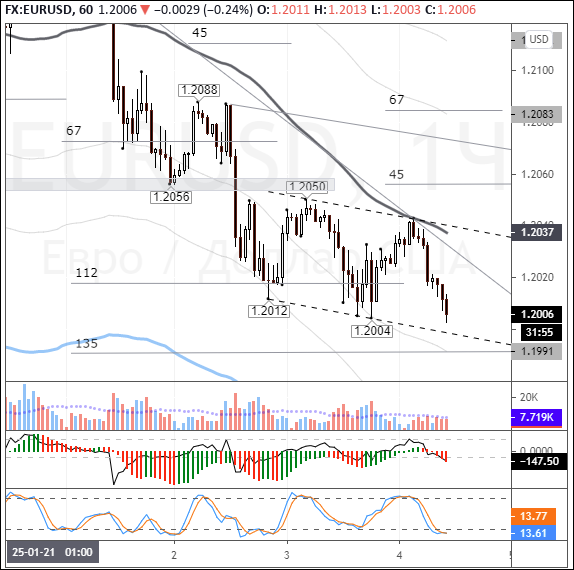 The price action rallied during Asian trading to the balance line (1.2042), from which it dropped to 1.2003, retracing to yesterday's low at 1.2004. Today speculators' attention will be riveted on the BoE meeting. The regulator is widely expected to keep its monetary policy settings unchanged.

Three bottoms have formed on the hourly chart. A double bullish divergence has formed between the price and the AO indicator, while the Stochastic Oscillator is hovering in buying territory. Meanwhile, euro crosses are showing mixed dynamics. The key EURGBP cross is trading in positive territory, lending support to buyers. Today players could push for a recovery to 1.2038. A breakout at 1.2038 would pave the way for 1.2070. If the pressure intensifies, sellers will move towards the 1.1950 level.