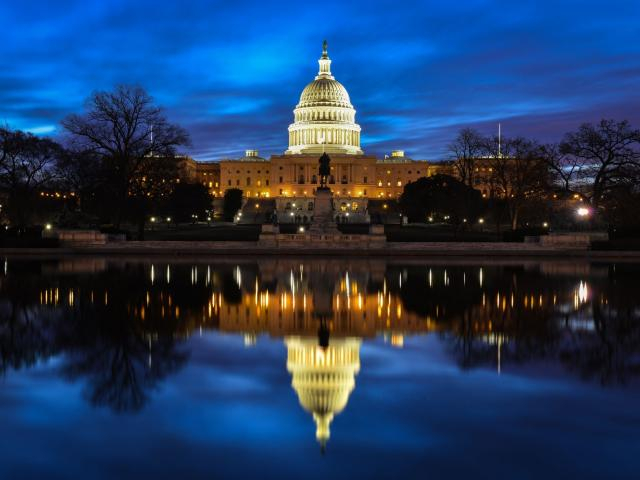 US stocks kicked off the year in dreadful fashion.

The S&P 500 posted a 1.5 percent drop while the Dow Jones shed 1.25 percent on Monday, which was their biggest single-day decline respectively since the week before the November US elections. The S&P 500 experienced its worst start to the year since 2016, as investors battled with persistent pandemic woes amid rising global coronavirus infections that exceeded 85 million. The US posted a record high for daily cases while the UK reimposed a nationwide lockdown until February 15.

Still, at the time of writing, US equity futures are pushing higher, potentially setting up yet another episode of turnaround Tuesday. 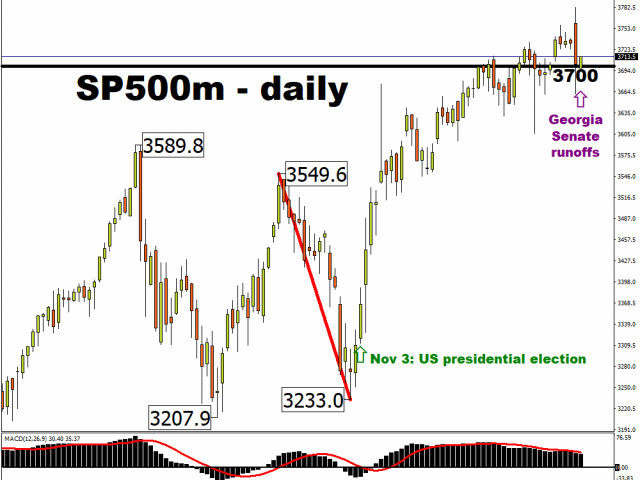 Also, investors have to contend with looming US political risks once more, with Georgia on their mind.

And unlike the languid pace of the timeless tune, Georgia On My Mind (first recorded in 1930 by Hoagy Carmichael before being propelled to global fame by Ray Charles in the 1960s), the events out of the state later today has the potential to jolt markets once more.

Why are the Georgia Senate elections important?

The November race for these two Senate seats did not produce a clear winner; today’s runoffs aim to settle the score. It’s a high-stakes contest, as the results from take two of this race could determine whether Democrats will have enough political mass to push their agenda through over the next two years.

As things stand, the Senate makeup currently tilts towards Republicans 52 to 48. Should Democrats win the two seats that are up for grabs, that would make it an evenly-split 50 seats each for Republicans and Democrats. However, that would then set up incoming Vice-President Kamala Harris with the tie-breaking vote, enabling her to force through the will of the Democrats, and that of President-elect Joe Biden.

This is a tricky one.

A “blue wave” scenario could still materialize, with Democrats having ultimate sway in Washington DC. Such a unified government could well push through larger rounds of fiscal stimulus in the near-term, which is a positive for US equities.

However, investors would also be cognisant of other policies that are typically associated with Democratic lawmakers, such as tax hikes or heightened regulations. And such measures may serve as potential dampeners on stock prices.

In the immediate aftermath of the November polls, US stock markets had clearly revelled at the thought of a gridlocked government, with the S&P 500 climbing 11.8 percent since the eve of the presidential election.

Investors will now have to navigate these political uncertainties in ascertaining whether benchmark indices should be pushed to new record highs as a result of Tuesday’s Senate runoffs.

How soon will we know the results?

Keep in mind that the outcome of today’s polls could take days to be declared as was the case for the November elections, which took the state 10 days before officially declaring the results. On top of that, the voting outcome could still face legal challenges thereafter as well.

Hence, US markets could be blanketed with a layer of political uncertainty until the official results are known. 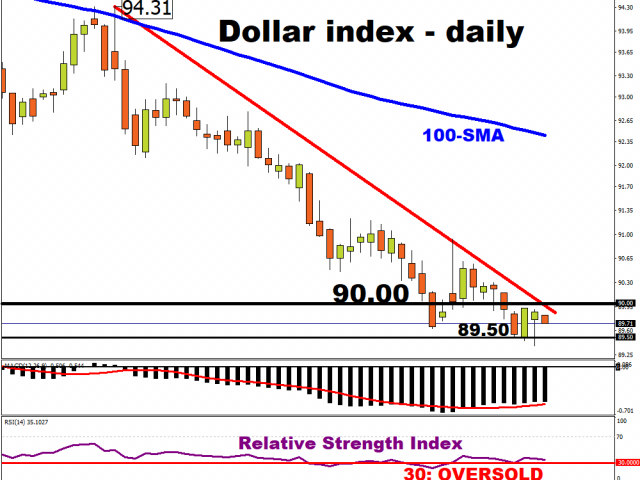 Besides stock benchmarks, investors’ initial reactions to the Georgia Senate runoffs may also be manifested in the Dollar index (DXY).

Ramped up expectations for the so-called “blue wave” may heap more downward pressure on the Greenback on hopes that incoming fiscal stimulus may face less political resistance and potentially boost US inflationary pressures, thus eroding the Dollar’s appeal. However, should Republicans be seen as having the advantage in this latest political contest, that may offer support for the beleaguered Dollar, and push the DXY back above the psychologically-important 90 mark.

And with Georgia on many an investor’s mind, perhaps the pandemic woes can be put on the back burner, at least for just a short while.