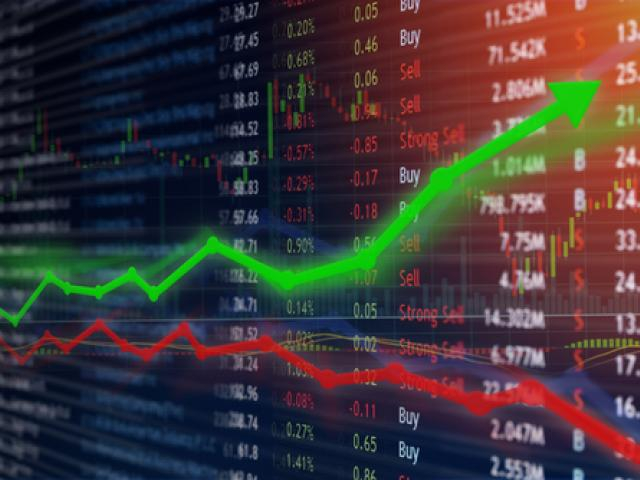 US stocks trading modestly higher today after reversing all their losses from earlier on in the session, as traders await the main event of the week – the first FOMC meeting of the year. The USD is now softer on the day having threatened but failed to gain a decent foothold above the 20-day SMA. The 50-day SMA has also capped any semblance of the bulls rampaging up to 91 ahead of Wednesday’s revealing Fed rendez-vous. 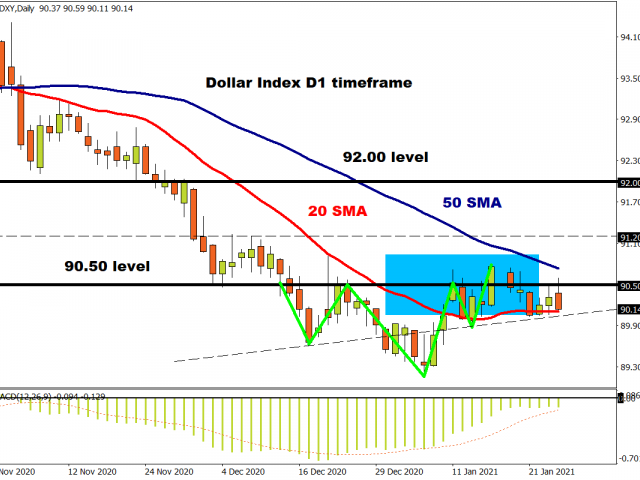 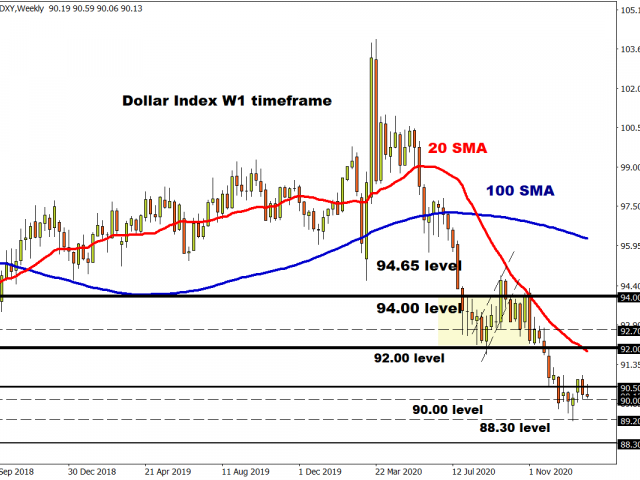 Broader market trends are pretty mixed as some of the tried and trusted themes of the last few months play out – pandemic versus stimulus. On the latter, the new President says he is open to negotiation on his proposal, while law makers indicate a deal may not be reached before March. Worrying new mutants of the virus hurt bond yields especially yesterday as the fragile balance between the stimulus-driven recovery hope and a dire near-term outlook tilted in favour of the dark side.

In essence, slower than expected vaccine rollouts in a world of Covid-mutants trigger bouts of risk aversion which may see bond yields fall below the magic 1% level now we have broken out of the recent range. There is much talk of the first quarter of the year shaping up to be another ‘lost quarter’ and we are now seeing profitable trades that were carried over into 2021 being unwound. But that shouldn’t change the underlying medium-term narrative of a second half economic recovery, especially with a new incumbent in the Oval Office promising jabs available to all US citizens by spring.

So far earnings season has gone well with US companies beating Wall Street forecasts by an average of 22%, a similar performance to the previous quarter. Microsoft reveal their Q4 earnings later today which has been covered by my colleague already today. After the close Wednesday sees a bumper list of companies including Apple, Facebook and Tesla. Can earnings catch up with what investors expect this year? Or perhaps the FANGS may be more impeded by the anti-trust laws expected from the new administration.

The tech-heavy Nasdaq is pausing for breath after making fresh highs yesterday, with optimism high that Apple would report a record $100 billion in revenues for the final quarter of last year. NDQ is of course in a vigorous bullish channel with last week’s break above the 13,150  zone propelling the index closer to 14,000. Bubble mania / excess talk is everywhere but the ride continues…! 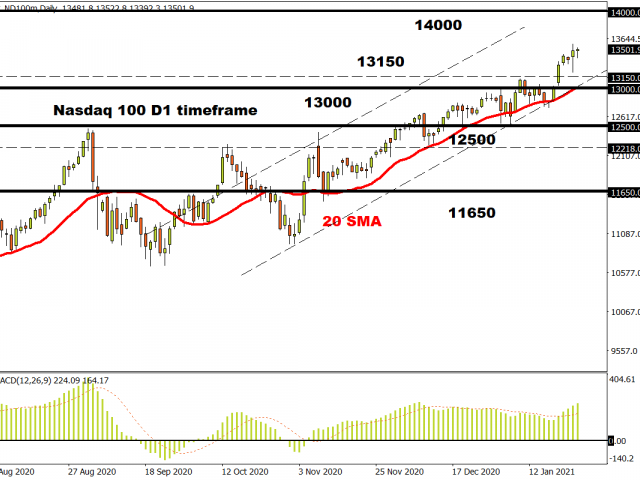