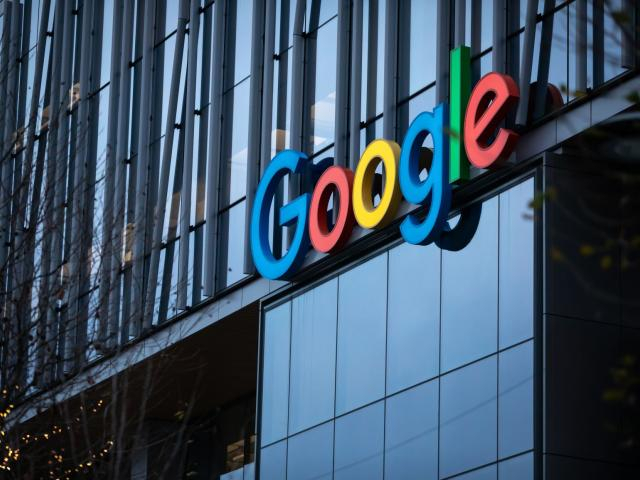 After US markets close on Tuesday, Alphabet is set to unveil its Q4 earnings, with its share prices now a mere 0.7 percent away from matching its highest-ever closing price on 26 January.

Tech megacaps have enjoyed a robust start to the week as fears subsided about the potential contagion effects from the GameStop saga. The Nasdaq 100 closed up 2.5 percent higher on Monday.

From a technical perspective, with Alphabet’s 14-day relative strength index having pulled away from overbought levels, while its trading momentum (MACD) remains in bullish territory.

Based on such indicators, it’s entirely plausible to assume that this stock has more room to run to the upside. 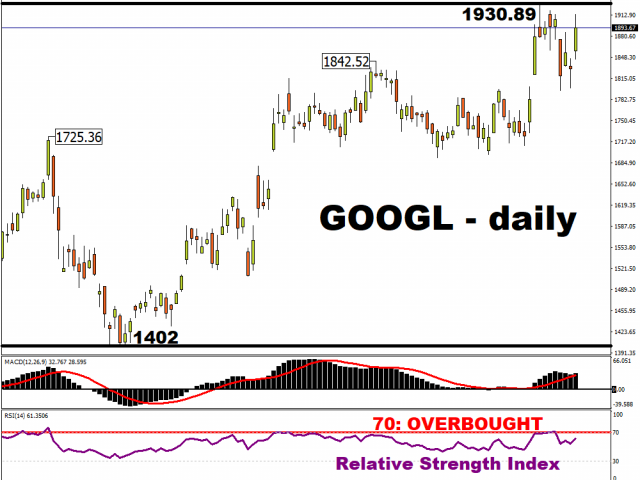 What are the market expectations for Alphabet’s Q4 results?

Alphabet’s Q4 bottom line (net income adjusted) is forecasted to come in at $12.3 billion, which would mark a 28 percent expansion compared to the same period in 2019. Meanwhile, its adjusted earnings per share is expected to have grown 21 percent year-on-year to $17.37.

However, its top line is projected to post a 4.2 percent y/y decline for its Q4 revenue to $44.1 billion. This despite the expected ramp up in advertising spend and subscriptions for YouTube and its estimated 1.9 billion monthly active users who are craving more digital entertainment amid the persisting lockdowns.

Investors have their heads in the Cloud

One of the most keenly awaited items in the earnings announcement will pertain to Google Cloud, which will be reported as a separate segment for the first time ever. The Google parent company will be unveiling the revenues and operating income for this segment, stretching back to fiscal year 2018. This way, investors can assess how much the investments into this segment are paying off, especially since the pandemic tailwinds have hastened the adoption of cloud services.

Google Cloud certainly harbours tremendous growth potential, with the company announcing just on Monday a six-year deal with Ford. The deal seeks to incorporate Android technology into Ford’s vehicles beginning 2023, while rolling out its cloud services across the automaker’s factories as they adopt more AI and data-analytics. Such a notable deal would not only boost its revenue streams, but could also help Google gain ground on the top two players in the cloud market, Amazon and Microsoft.

How does Alphabet’s share price tend to move around earnings day?

Over the past 16 earnings announcements, Alphabet’s stock has only gained 7 times, which suggests that such events are often seen as opportune times for profit-taking. On average, the stock tends to see an absolute move of 5 percent the day after its financial figures are released.

Markets are already pricing in a 1-day move of 5.25 percent, either way, for Alphabet shares come Wednesday, 3 February.

Should Monday’s momentum extend over the coming sessions, then Big Tech should be able to enjoy more gains in the immediate term. Although the volatility in US equities is subsiding, judging by the moderating VIX index which has dropped back to the psychologically-important 30 mark, it remains to be seen whether investors can remain focused on the current earnings season, less they be distracted by more wild swings in other corners of the market, perhaps also triggered by the WallStreetBets legion of day traders.

Despite the potential upside, investors are likely to remain wary about the threat of antitrust lawsuits as well as threats to break up Google’s online-search monopoly further down the line.

Such concerns are expected to weigh on the stock’s upside, even as it continues carving out fresh record highs.